In the American hospital recorded epidemic of mysterious hallucinations 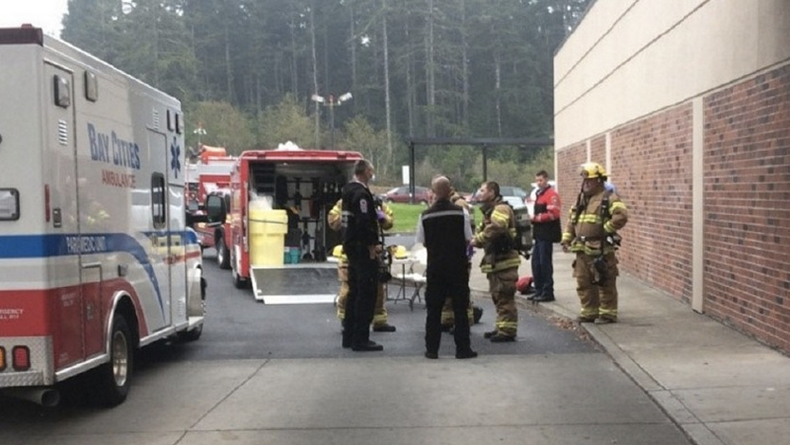 This week room urgent care hospital of the Pacific Northwest was for a short time translated into quarantine after five people, including two police officers and a hospital employee, I felt a mysterious hallucinations due to an unknown disease, which presumably is spread by physical contact.

This mysterious incident began early Wednesday when the 54-year-old hospital nurse in the small town of North bend, Oregon, called the police and reported that seven or eight people “trying to rip the roof of her car”. Police report that they found nothing, but after the nurse said about the invisible vandals for the second time, Sheriff’s deputies escorted her to the nearest hospital on suspicion of hallucinations.

However, shortly after, one of the deputies began to feel similar symptoms and returned to hospital. Later second assistant, hospital worker and a 78-year-old patient of the nurse also suffered hallucinations and was hospitalized.

Subsequently, the hospital and domiciliary nurses were sent to a team of liquidators of consequences of technological disasters with hazardous substances, however they were unable to find a common source of infection. Blood tests also did not reveal anything unusual.

By words a press-the Secretary of police Patrick Downing, the initial investigation suggested that the source of the hallucinations could be the patch with the narcotic drug fentanyl, which belonged to 78-year-old patient nurse, but later, this explanation was excluded.

The investigation revealed that all of these patches and the potential medicines that could cause such unusual symptoms, remain the most likely cause, said Downing.

“Vehicles, equipment and uniforms have been checked, however, or near to them there was no contamination”.

I live in the middle of nowhere. One time I woke up and saw that the dog was not in the living room where he sleeps, and I walked into the kitchen and saw that the back door was open, and I looked out and saw nothing. I do not know how the door became open. Then I heard the sound of a cabinet slamming in the other room, and yet there was nobody there. I went back to sleep. Later on somebody thought that I let the dog out on the back porch, but I did not, and the dog wouldn’t have been able to get out there by himself. I do not know how this happened.