In the Australian state of Tasmania, snow fell in the summer 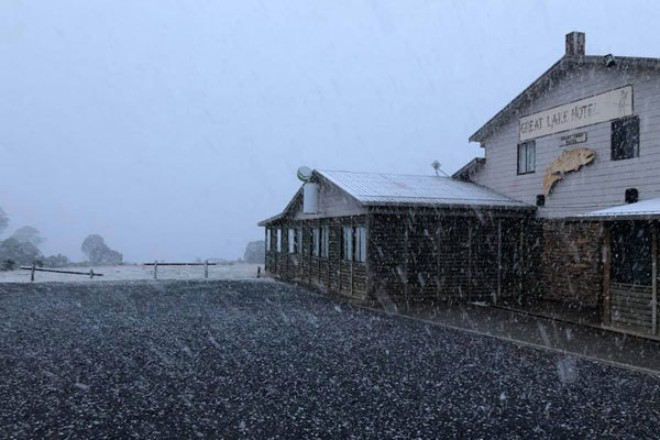 In the central part of the Australian state of Tasmania, a snowstorm hit the summer. Unexpected snow for this time on Wednesday morning was observed in the city of Miyena.

Winter precipitation surprised local residents, because on Saturday, January 27, there was a 32-degree heat.

According to eyewitnesses, last season the off-season heavy snowfall took place on December 3. Then about 20 cm of snow fell.

As previously reported, in the Australian state of Victoria a strong heat, as a result of which tens of thousands of houses were left without electricity, was replaced by a record rain.