In the Bermuda Triangle discovered a mysterious island 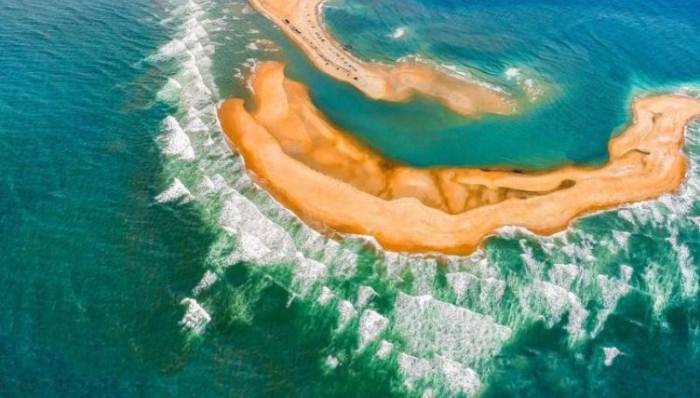 In the Bermuda Triangle in a relatively short time a new island was formed. The island is also noteworthy because its surface is covered with shells and whale bones.

Locals call the island of Shelly Island because of the numerous seashells that cover this land area of ​​a one and a half kilometer long. The island was formed over the past few months near Cape Point and interested tourists in the same way that it is in the contradictory Bermuda Triangle.

In April of this year, the island was barely visible. The authorities banned local residents and tourists from approaching the island, because it is in a zone of very strong currents that can sink boats. From shore to the island only 45 meters, but the whirlpools formed here are extremely dangerous.

The researchers argue that, most likely, the island either completely disappears, or, conversely, will increase and connect with the land. Its future depends on the direction of the currents and the sea level. Over the years, this zone has been constantly changing: some parts of the land that previously absorbed the waves reappeared and increased, while others disappeared forever.