In the Chinese lake spotted a mysterious monster 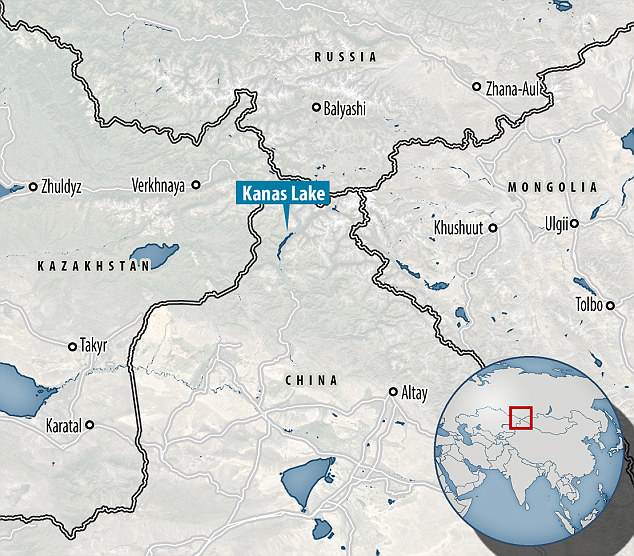 In the lake of the Chinese city of Xinjiang, a mysterious inhabitant, who had already been christened by local Nessie, was removed.

The video was taken by one of the workers of the park near Lake Kanas named Wang Xin’an. He captured a mysterious moving object floating in Lake Kanas, on his mobile phone, when he patrolled the picturesque place yesterday. Wang was convinced that such waves could have arisen because of the movement of a huge monster that resembles Nessie – a monster that lives in Loch Ness in Scotland.

“I do not think they were waves, because they were moving against the current,” he said.

The director of the wildlife center on Lake Canas, Sun Jidan, suggested that this is some kind of marine animal that lives in a pond.