In the Indian village, an ice ball fell from the sky 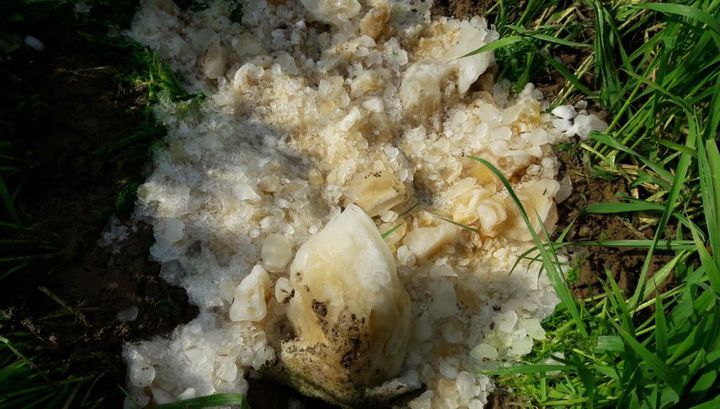 In the Indian village of Fazilper-Badli found a 10-kilogram ice-ball collapsed from the sky. Local residents are lost in conjecture about the fact that it can be.

Local officials said that the balloon was partially ripped off for souvenirs. Some keep his fragments in his freezer.

The remaining fragments of the ball were sent for examination. Experts for several days could not say what exactly is the ice object, although Indian meteorologists with confidence denied his extraterrestrial origin.

After a while, experts still managed to unravel the mystery, but the truth did not like the Indians.

According to experts, the ball is nothing more than frozen human excrement, which was dropped from a passenger plane flying over the village.

Typically, such waste during flight accumulate in a special tank, which is emptied at the airport. However, Indian airlines are guilty of dropping garbage during the flight, although in 2016 it was forbidden to do so officially.