In the Krasnodar Territory of Russia landed an alien landing 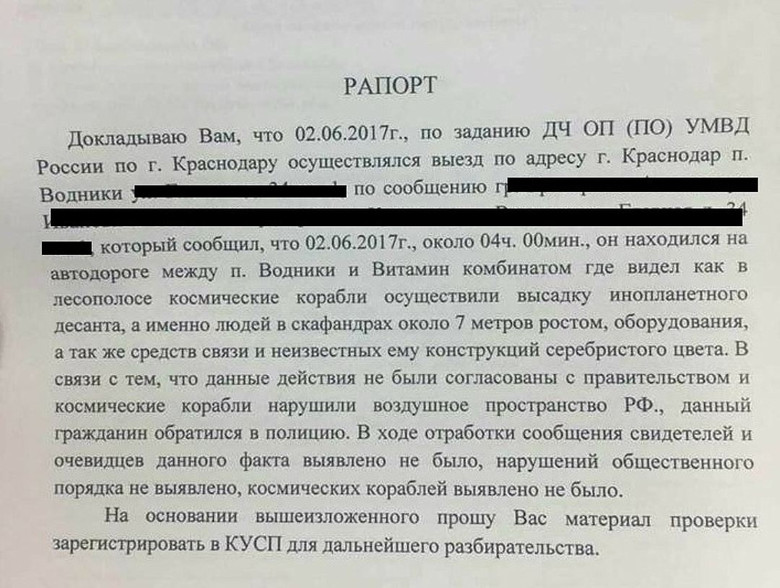 The fact that in the forest between the village and the area of ​​Vitamin Combine alien ships landed, the police reported the 59-year-old local resident.

Police officers checked information about the landing of spacecraft near the village of Vodniki in Krasnodar, but no traces of aliens were found, the Interior Ministry of Russia told the Krasnodar region.

“According to the applicant, he saw a spaceship from which seven-meter-tall humanoids came out.” When the police arrived, no one was found with a man in the field, “the ministry said.

At the same time, the interlocutor of the agency added, the witness of the incident was in an adequate condition, without signs of intoxication.