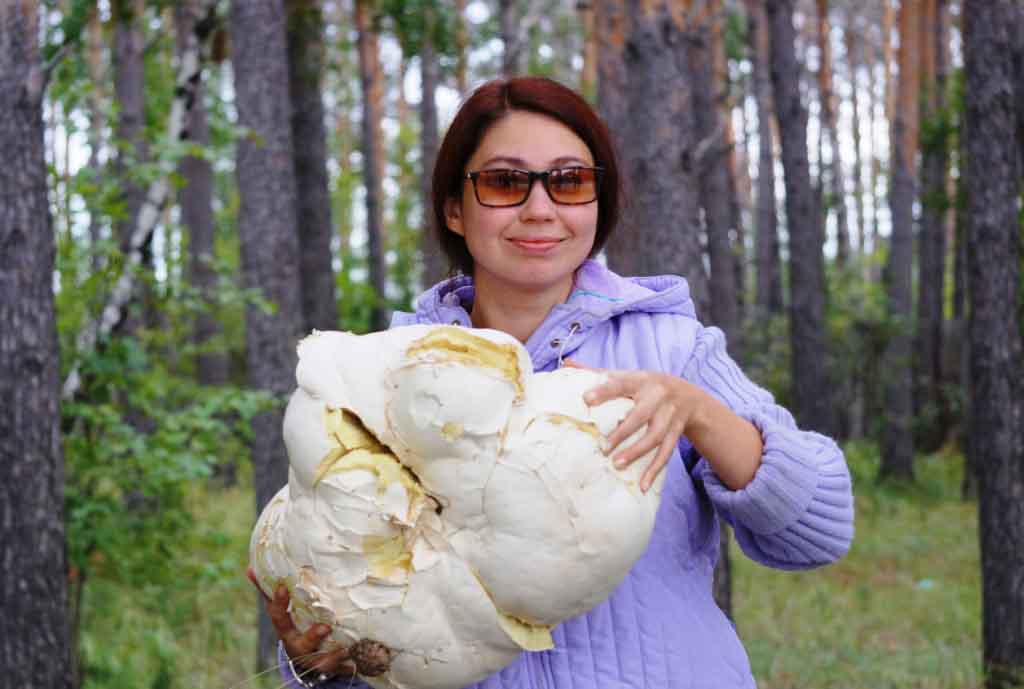 An employee of the national Park “Shushensky Bor” Elinor pate found in the Perovsky forestry unusual discovery – a giant puffball mushroom (lat. Lycoperdon), diameter of fruit bodies which was 60 inches and a weight of about 5 pounds.

According to scientists of the Park, this is not the limit of its growth. In the Central part of Russia and on the American continent sometimes there are raincoats, weighing about ten pounds. However, in the South of Siberia, where growing conditions this representative of the family of Mushroom is not as favorable to find a copy of this size – a rarity.

It is noteworthy that the raincoats are edible. In the countries of Western Europe and America they are one of the most popular edible mushrooms. However, the food can be eaten only fruit bodies with white and firm flesh with uniform consistency. The flesh is yellowish – a sign of developing fungus spores, therefore, this mushroom is not recommended to eat.

It is important to remember that for use in the food raincoats should not be collected in ecologically contaminated areas and along roadsides. Like most fungi, they can accumulate toxic substances and radionuclides. And in the national Park “Shushensky Bor” gathering is allowed only in the area of economic activity in the area of cultural tourism.