In the Latvian forests are inhabited Chupacabra 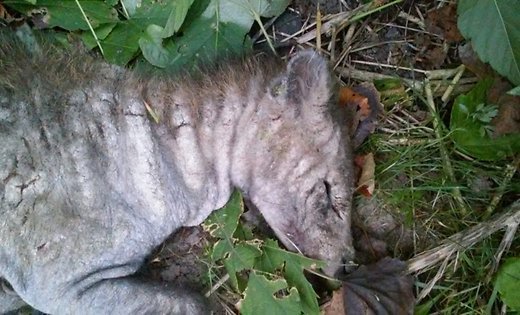 Wandering in the forest, mushroom pickers found the body of a strange creature that resembles the mythical creature. A strange animal was discovered in Mezvinsky parish, between Makalani and Bogucany.

Despite the fact that the strange find was made on September 11 to identify a dead animal and no one else could. Local journalists turned to the experts of the Riga zoo and is now waiting for the conclusions of experts.

The history of Chupacabra legend of this mythical creature originated in the 1950-ies. It all began when Puerto Rico was a wave of mysterious animal deaths. Farmers were shocked and frightened by the strange death of sheep, goats, chickens, and cattle. During the dissection and inspection of dead animals on their necks were found two small round wounds from the fangs, which had a perfectly smooth edge. Animals in most cases were allegedly drained of blood. Most were surprised that there was found in a single drop of blood at the scene. Besides, many animals were missing as foreign bodies, such as the ear, penis, tongue, tail, nose, and internal, which have been extracted as if the surgical team had performed the operation.

First, the government assumed that each message about the discovery of the mysterious bloodsuckers was either a hoax or hysteria. But it was believed so until then, until the number of applications has not reached a large number. Once next to the lifeless body of the goat found a hair that didn’t belong to the slain animal. The hair was sent for examination in the Japanese laboratory. After the study scientists concluded that the hair belongs to an animal, at the moment unknown to science. Those events remained unexplained. However, many years later, in 1995, all events repeated. Over the next two years, the number of messages that indicated a mysterious creature that sucks blood from animals, increased. 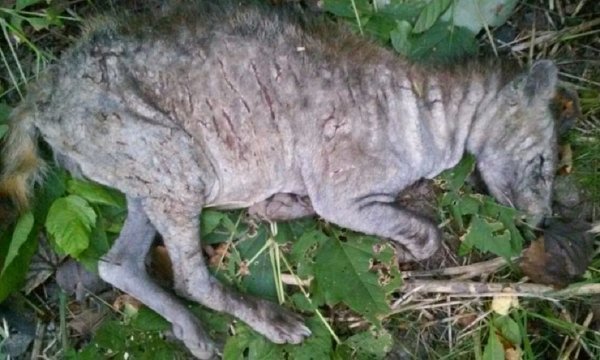 Thanks to the Internet and TV in the mid 90-ies of this legend is widespread, and if the first reports of bloodsucker came from Puerto Rico, then the next message was already in Argentina, the Dominican Republic, Colombia, Chile, Bolivia and other countries in South and Central America and the United States.

In 2000-ies of the mysterious creature appeared in Ukraine, and then moved to Russia. All eyewitness accounts are identical. In all cases, the mystical animal sneaks into the village, after which depletes sheep, chickens, then silently disappears. No bars, no security, no fighting dogs can’t stop a goat vampire. Another kind of evidence do the group of hunters around the world find absolutely identical skeletons, but also meet with whole families living in the forests of enigmatic predators that people have not yet touched.

That animal in the picture looks like somekind of mangy marsupial. Yes, it in fact looks like the same kind of animal that a kangaroo is, and in fact there are predatory kangaroos, or at least was, and they were the thylocene, which preyed upon livestock in Australia before going extinct. Yes, this looks like a small mangy marsupial which preys on livestock, however, I am not sure that it could do the damage as is reported happening to the bodies of the dead cows.