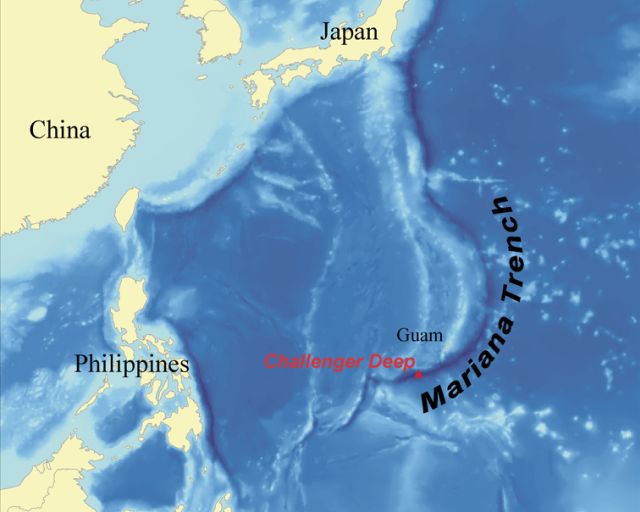 A strange sound was recorded underwater vehicle in the area of the Mariana trench. An unusual signal consisted of five parts and had a duration of about 3 seconds. It consisted of a low “groan” at a frequency of 38 Hz and “metal” finale at the frequency of 7.5 kHz.

The sound was recorded by a group of researchers to the East of GUAM. Interestingly, this sound is repeated. For the first time such signal is recorded in the same area in the fall of 2014 and then spring 2015. In 2016, these sounds were recorded by scientists throughout the year with the help of underwater vehicles.

And, small whales, can produce “metal” high sounds a bit similar to what I heard the scientists in the mysterious signal, but like the sounds whales make in the winter, during mating, and the strange sounds of the Mariana trench, has continued throughout the year.

Who or what produces this signal consisting of low and high frequencies, remains a mystery.