In the Novosibirsk region of Russia have found traces of Bigfoot 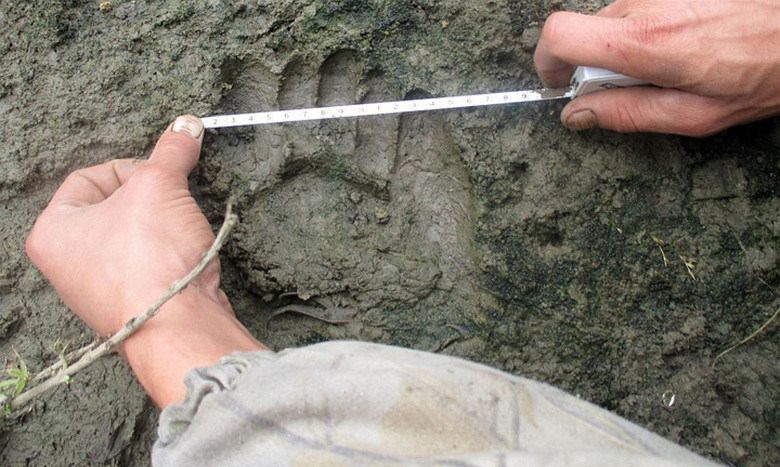 Dozens of people declare that the Yeti exists! At this time, the witnesses are the residents of the district of Kyshtovskiy, Novosibirsk region. Among who saw Bigfoot, even the official!

The head of the village Council Kalabancoro Kyshtovsky area Alexander Shadrin – man non-drinker, says that all he was dreaming and hadn’t.

– I myself in anything that did not believe, until your eyes have not seen, begins the story of Alexander Pavlovich. – After work, at the eleventh hour, I was returning from Coleby to Chernikovka, was riding a motorcycle. Look – cows I was running like crazy, at night, when sleep is necessary.

After a couple minutes in the dark head of the village Council saw the glowing eyes.

– I thought at first that it’s a calf – says Shadrin. – And when he me 15 meters to his let a and I lit the lantern, that’s when I realized that THIS is really usual in our land. I even heel complete nightmare! Its growth of about 2.5 meters, the whole hairy pale silver coat… Scared I was greatly…

However, Bigfoot is also not happy lantern – making a run into the woods.

– Ran and all looked to me, as a person, adds the macabre detail the official. I don’t remember how I got home, I went online. And found a picture – one in one same Yeti that I met, – assured Alexander Shadrin. – And then I still have two men confessed that they had seen in our area Bigfoot…

A few days later, local 75 kilometers from the village of Kulob, on the banks Darinova Omuta, found giant footprints.

– My husband is a fisherman. As the rain subsided a little, he went to Marinamu the river with fishing rods, – says the resident of the village of Eremino Elena Konovalenko. The evening comes and says: found traces of huge. If he is 45-th size is, then there is at least the 48th. And I told him and suggested: “get a picture, and tell friends they won’t believe you”. 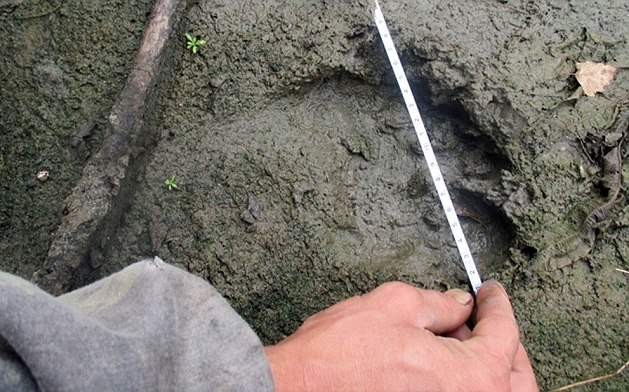 The next day the couple came to the maelstrom – traces did not disappear!

They led from the shore into the water and then broke off and reappeared on a small island in the middle of the pool – describes Elena. It suggests that the Yeti waterfowl. And yet the fisherman’s wife by the nature of the traces identified: – Walking snowman with a focus not on heels as we and socks.

– Maybe someone’s made that joke?

– Well, who’s going to swim in this cold? And traces of such deep – which left them clearly weighs a lot…

– We now have a night on the street do not go, even in the bath before dark trying to wash up – everyone is afraid, – says Alexander Shadrin.

Local hunters to go in search of the “hairy person” is also hesitant, saying that with such never faced – and suddenly it and the bullet didn’t take?…

Yeti a week looking for a new home!

The last time Bigfoot scared all in Gornaya Shoria Kemerovo. You can reach the village of Kulyab Kyshtovsky district – about 1000 miles! If a Yeti walked at an average speed of a person, the way it took him eight days!