In the ocean inhabited by giant squid 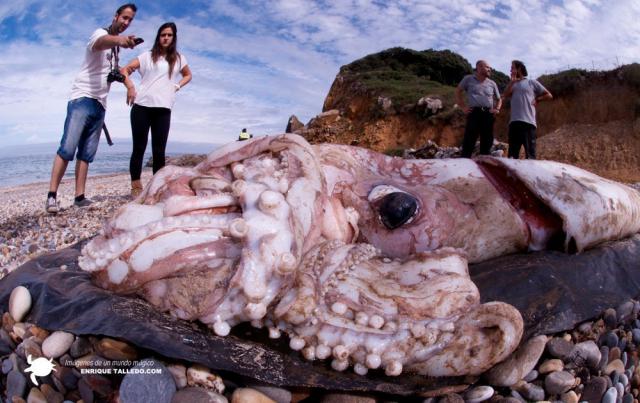 For a long time the existence of giant squid was considered a fiction. This lasted until 2004, when Japanese scientists managed to get pictures of these animals. To date, the researchers studied 130 members of the species Architeuthis dux.

None of them was more than 13 meters in length. Scientist Charles Paxton of St. Andrews University believes that the giant squid can be much longer. In his opinion, these cephalopods can reach a length of 20 meters, which corresponds to the length of a school bus.

The researchers examined dozens of different squid species in order to determine how correlated the size of their beak with the length of the entire body. Often the squid beaks found in the stomachs of sperm whales.

In some cases, the beaks were quite large. Given earlier calculations, Charles Paxton concluded that some swallowed by sperm whales squid can reach a length of 20 meters. The researcher admits the possibility of the existence of squid even bigger, with whom the sperm whales just can’t cope.