In the ocean meets in more and more two-headed sharks 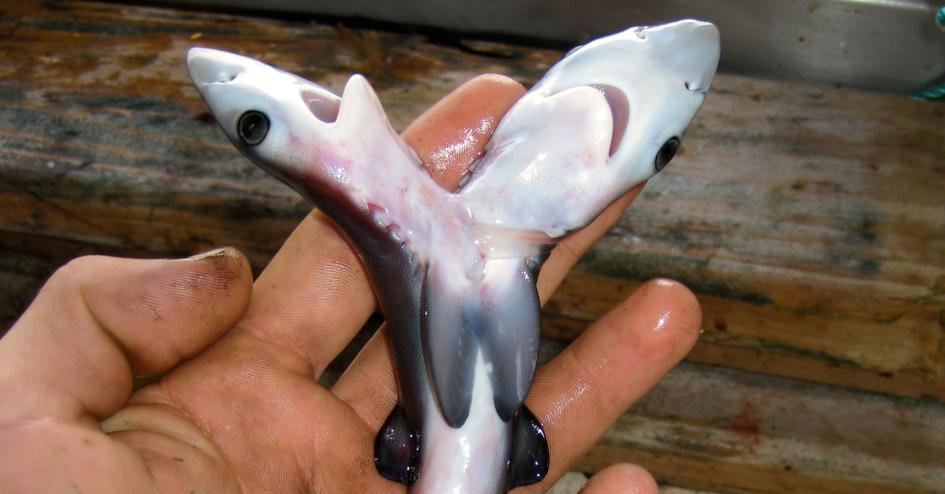 The two-headed shark — sounds as the character of the horror film. But they really exist, and they appear more and more worldwide. A few years ago at the coast of Florida fishermen caught a shark thick as shit in whose uterus there was a two-headed germ. In 2008 the fisherman found a two-headed embryo of a blue shark in the Indian Ocean.

The research of 2011 described accrete twins of a blue shark. Mutants caught in the Gulf of California. At blue sharks two-headed embryos meet more often others because they bear many cubs — to 50 for time, the leading author of a research Felipe Galvan-Maganya from National polytechnical institute in Mexico says.

The Spanish researchers grew up an embryo of the Atlantic pilokhvosty cat’s shark with two heads. During laboratory cultivation akulit team noticed an unusual embryo in transparent egg. An embryo of a cat’s shark — not just regular two-headed monster. It is the first example of a mutation of a yaytsekladushchy type of sharks. Researchers opened egg to study a sample. The leading author of a research Valentin Sanz-Côme says what is unknown, the deformed animal would survive. As it is the first found accrete twins at the yaytsekladushchikh of sharks, such cub would hardly live long. 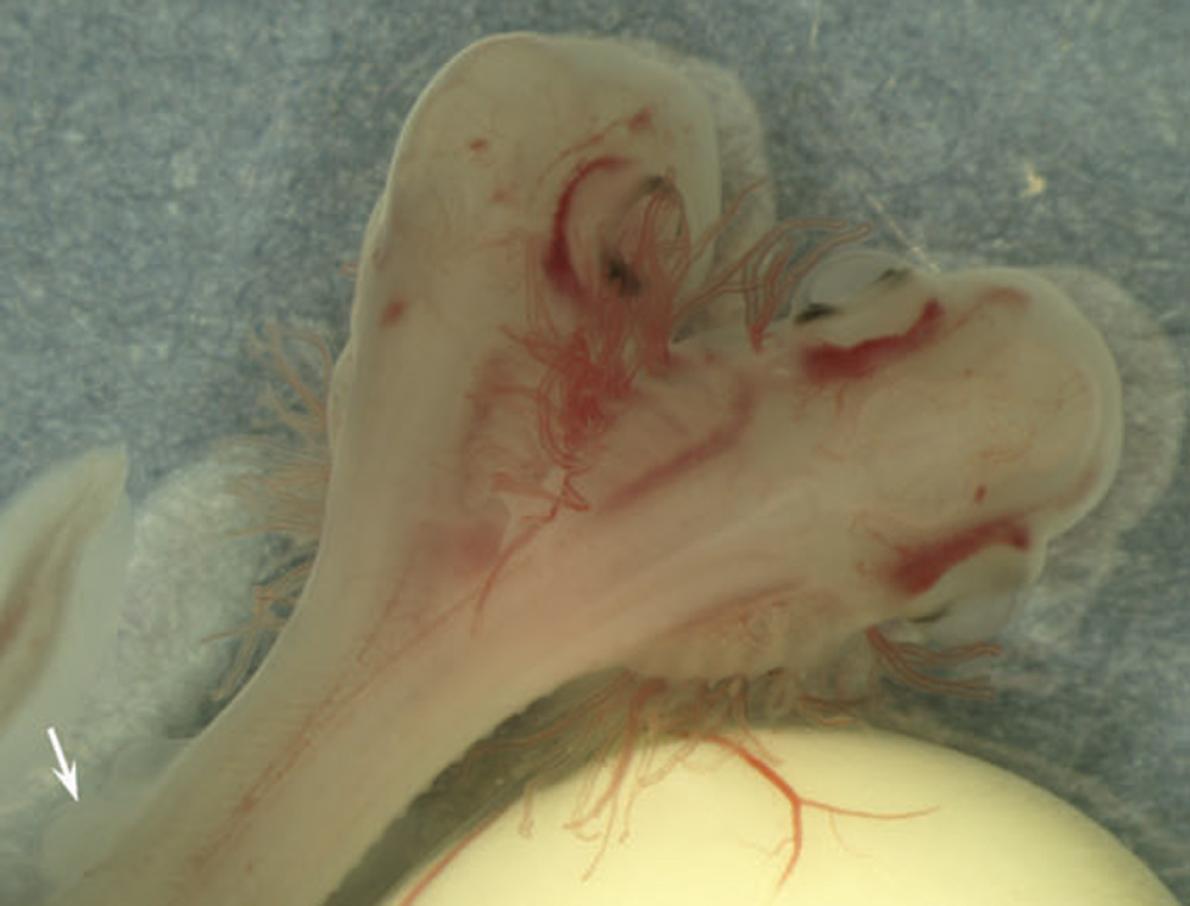 The mutation reason — gene frustration as the embryo has grown in laboratory among 800 other samples and egg weren’t affected by infections, chemicals or radiation. In the nature can have influence and these factors.

Galvan-Maganye saw also other strange sharks. For example, sharks Cyclops who were caught along the coast of Mexico in 2011. The only eye of a dark shark — congenital pathology under the name a tsiklopiya which occurs at some animal species including at people. 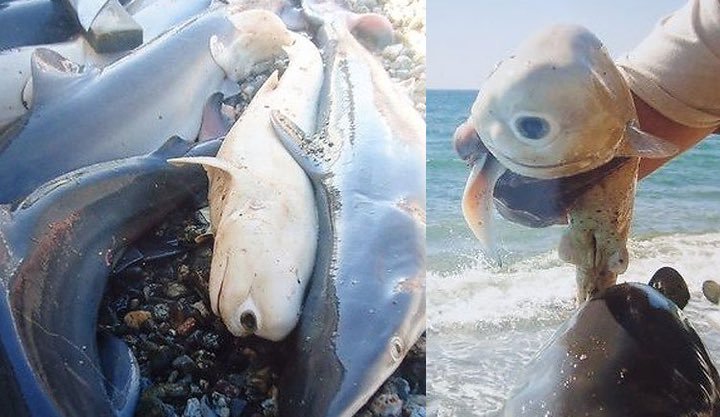