In the Penza region, there were drawings on the field 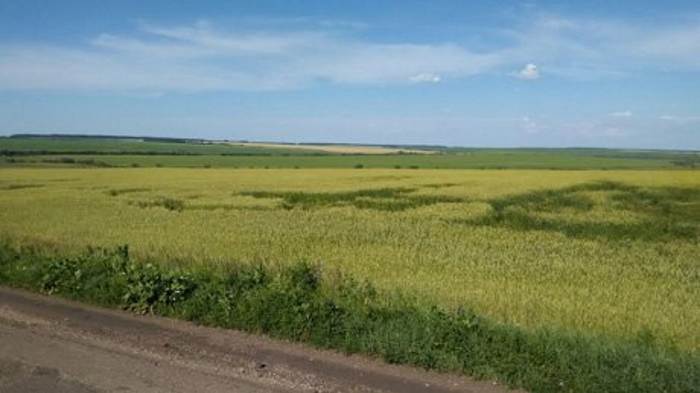 A resident of the village Taneyevka, Luninsky district, Alexei Korablev noticed on the field strange figures formed by the fallen ears of winter wheat.

At first the man thought that boars could frolic, but the result of the wild pig’s wild boar was not like that. Plants are not trampled, but as if they were tilted by an unknown force.

“They are not broken, all the stems just lie,” – said Alex.

During the aerial survey, it became evident that ears of grain are piled on a huge area.

Luninsky district is an administrative-territorial unit and a municipal formation within the Penza region of Russia. The administrative center is the working village of Lunino.