In the pond at Barnaul caught a huge piranha 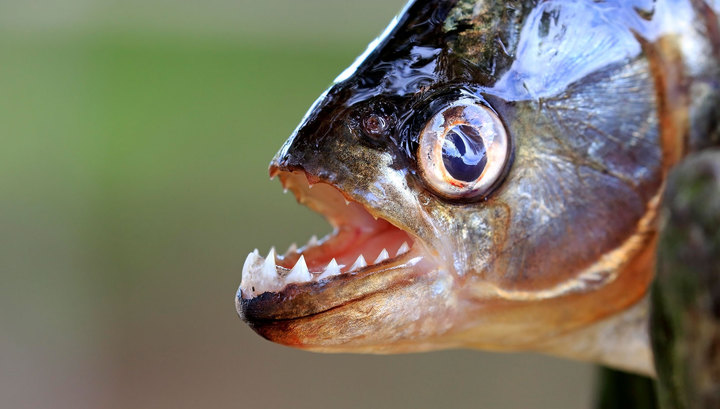 In the reservoir under the three-kilogram Barnaul caught a piranha, and fish of this species found only in the basins of the Amazon and Orinoco.

Fish that took the bait fishermen, are called brown Park and belong to the subfamily of piranha, said in the press center of the regional Department of natural resources and environment.

The Ministry stressed that the distribution of these fishes in the Altai water bodies is impossible because they can not tolerate temperature fluctuations of the water. Experts believe that the piranha was released into the pond hobbyists.

Probably bought at a pet store fish have grown so much and become a burden for the owner, so he decided to release them into the wild.

Experts, meanwhile, allowed the fishermen to roast and eat its prey, the meat of these fish is not harmful to health.