In the skies over Chile saw a group of UFOs 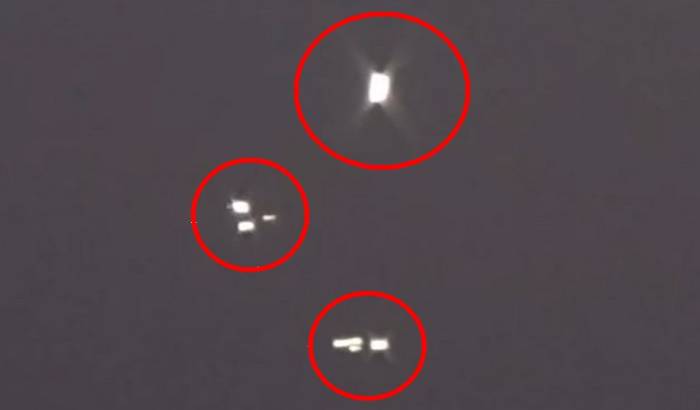 In the sky over Chile had observed a group of UFOs of 4 objects, which is actively moved over the city. Eyewitnesses report that first appeared two objects, and then they were joined by two UFOs.

All objects had a powerful sources of light that were not fixed in one point, and constantly moved. Objects long enough circling over the city, then lights one of them began to fade and he disappeared, the remaining three objects lined up in a triangle, and then scattered in different directions and disappeared.