In the skies over China appeared the celestial city 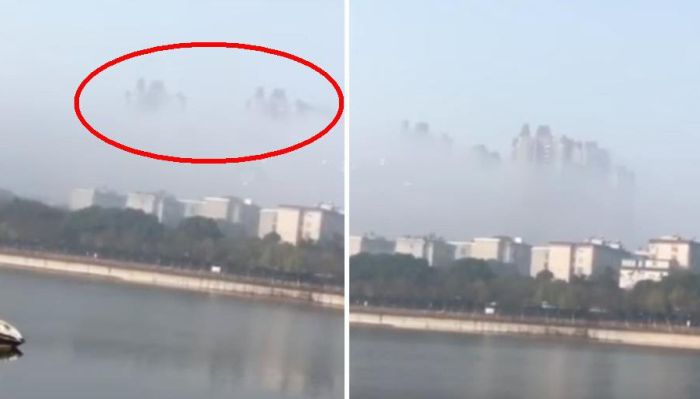 An unusual phenomenon appeared over the Chinese city of Yueyang 15 Jan 2017. Yueyang is located on the Northern shore of lake Duntin and many witnesses witnessed the appearance in the sky of the heavenly city.

Strange clouds formed the shape of castles in the air and, interestingly, two of the clouds were similar to each other and have the same shape. Then the cloud was transformed and became visible silhouettes of tall buildings where you could see even the balconies on the walls.

This fantastic painting was strengthened by the fact that the Sun was covered by the house air as well as conventional buildings are located near the water.

that is seems so fake but real at the same time…