In the sky over Chile flew a group of UFOs 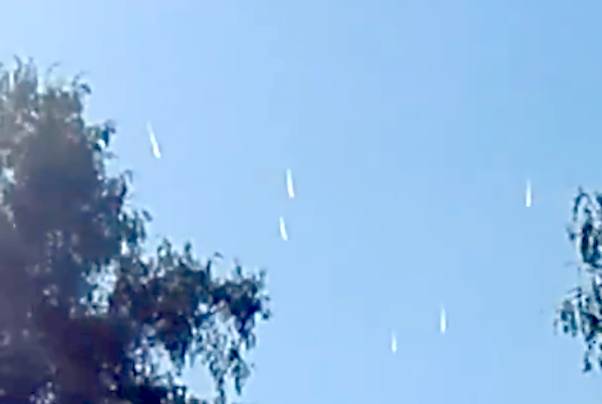 May 17, 2018 in the sky over the city of Las Cabras, the eyewitnesses saw a flight of a group of UFOs that followed a compact group of 6 or more objects, leaving behind them clearly visible white traces.

The eyewitness assures that the objects appeared from somewhere above and, judging by the tracks, they came from outer space, after which they entered the Earth’s atmosphere leaving behind these clearly visible traces.