In the sky over Novosibirsk appeared a black ring 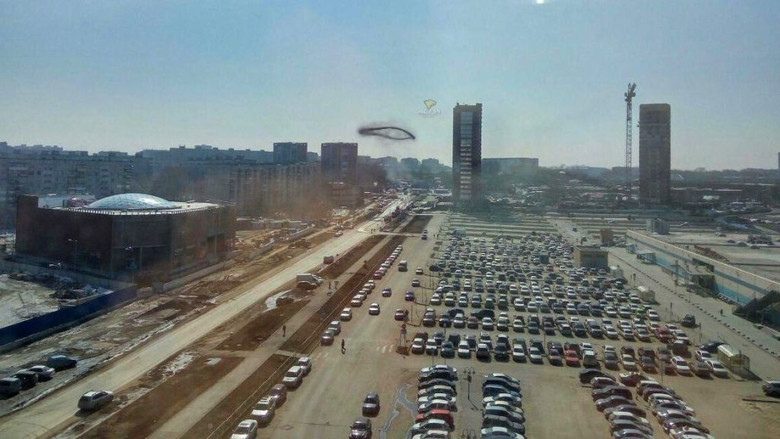 On April 13, in Novosibirsk, a strange black ring emerged above Fedoseyev Street. Eyewitnesses shared photos of this unusual phenomenon. 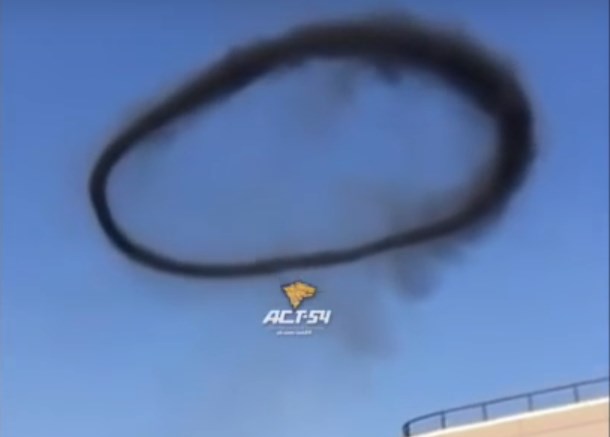 The black ring hung around the shopping center “Siberian Hammer”. The pictures of the ring caused an ambiguous reaction among readers, many thought it was a montage. However, soon there was a video on this phenomenon on AST-54.

In 2015, a similar phenomenon was observed in the sky over the village in the Akmola region of Kazakhstan. Then it turned out that these are particles of carbon black soot (the so-called soliton), collected by a whirlwind and raised in the air in the form of a ring.