In the tract Mambet Bulak photo trap caught a snowman? 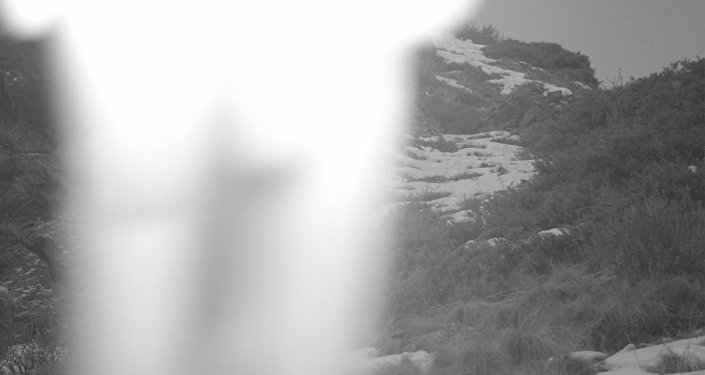 Scientists of the National Academy of Sciences of the Kyrgyz Republic are looking for an explanation for strange pictures taken with the help of photo traps that were installed to observe snow leopards in the Mambet Bulak tract of the Kyrgyz national park Chon-Kemin. They shot a strange object that resembles a blurry part of the figure of a naked man standing with his back to the camera, while the figure itself looks glowing.

The German NGO Union for the Conservation of Nature and Biodiversity, which owns the photo traps, has transferred the images for study to the National Academy of Sciences of Kyrgyzstan. According to the results of the examination, specialists in the Institute of Physical and Technical Problems and Materials Science failed to determine the nature of the object in the photographs.

“All the photo traps were in good order, as evidenced by earlier and later shots, experts suggested that this is a glare of the sun, but it’s clearly visible on the shots that the weather is cloudy,” said the Public Relations Specialist of the Union for the Conservation of Nature of Germany NABU) “Zarina Esenbaeva.

According to her, since narrow specialists could not explain the origin and nature of the imprinted object, it was decided to transfer the pictures to the NAS of the KR.

As far as I know, there is no unanimity: some scientists say that they are just glare, others prove that these are “smeared” shots of a fast-moving beast, “said Esenbaeva. She stressed that in this area, the mountain goats and snow leopards often fell into the lenses of the photo traps.