In the United States began to mysteriously die beechs 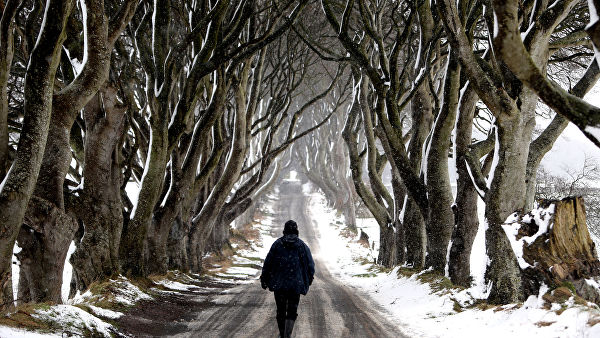 Beech groves can completely disappear from the face of North America in the coming years due to the spread of a mysterious disease that kills the youngest trees in 2-3 years. The results of observations of its distribution were presented in the journal Forest Pathology.

“It’s not yet clear where and how this disease will spread, but there are all signs that it will follow the path of the invasion of the beetles and the sudden death of oaks. the whole country. It seems that we are right now in this phase, “said Pierre-Luigi Bonello of Ohio State University (USA).

The so-called invasive animal species, penetrating new territories and continents due to unconscious “help” from humans, have recently become one of the main problems for the ecology of the entire planet.

For example, hitting Brazilian fire ants in the United States about 70 years ago caused an environmental disaster. They quickly destroyed several species of snails and significantly reduced the number of other species of insects and even mammals.

These problems concern not only animals, but also plants. Planting citrus plants around the world today is mowed down by East Asian bacteria Candidatus liberibacter, which spread throughout the Earth in the middle of the last century. The “invasion” of the Colorado potato beetle in the USSR and other countries of the socialist bloc in the 1960s was a great tragedy for collective farms and households.

Two recent examples of such environmental tragedies are the almost complete destruction of some subspecies of elm trees, ash trees, and poplars in the US by saboteur insects from the Russian and Chinese Far East, gold-beetles and moths. The total damage from their invasion can be several hundred million dollars.

Bonello and his colleagues added another tree species to the number of “environmental victims of world trade”, revealing a mysterious epidemic of supposedly bacterial origin, affecting thousands of beeches in southern Canada and at least four states in the United States.

Her first traces, as the ecologist tells, were discovered in northeastern Ohio about six years ago. As the locals noticed then, the leaves of some beeches began to change in a strange way. Dark stripes began to appear on their surface, gradually filling the entire space between the veins.

When this process was completed, the leaves blackened and died, which led to the death of the tree about three years after infection, if it was young, and in the sixth year for the oldest and largest beeches.

Initially, environmentalists believed that the beeches died not because of illness, but because of the poor environmental situation in this part of the state, and did not pay much attention to the disease. Only three years ago, according to Bonello, scientists began to seriously study this problem, noting that oaks began to perish en masse in dozens of other parts of Ohio and in neighboring states.

Watching the spread of the disease over the past five years, environmentalists have found that she managed to penetrate into three neighboring states and into Canada. In addition, scientists expect foci of infection already exist in 30 other regions of the United States.

Despite the fact that this infection most strongly affects American subspecies of beeches, it, as shown by the observations of Bonello and his colleagues, can penetrate into the leaves of European and Asian trees. This means that it may spread throughout the Old World and acquire a global character in the coming years, scientists are sounding the alarm.