In the United States discovered a mutant super fleas 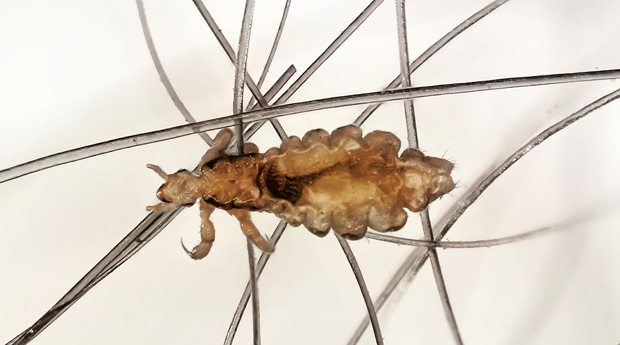 Lice in the hair the child had developed immunity to most available OTC drugs, as found by scientists from the Peyton Manning Children’s Hospital in Indianapolis. This means that the parents lose fight with one of the most common pests.

Researchers have discovered a kind of mutated “supervise” in the hair of children who do not die after exposure to the most common OTC preparations. This problem could soon spread to many European countries, including Russia. In the United States affected these lice children due to severe itching miss school, their parents don’t know how to solve the problem and cure the child.

Conducted by American scientists study found that 98% of hair lice have developed resistance before and permetrine pyrethrins – the active ingredients in bolshinstva funds that are designed to combat lice. Because of this, parents are forced to go to the doctors in order to find alternative treatment method.

Belongs to the pyrethroids family of insecticides, which is widely used to control populations of mosquitoes and other insects. They contain permethrin, the active ingredient of some of the most common over-the-counter remedies to combat hair lice. Scientists urge parents, faced with resistant parasites, immediately contact the doctor, for at the disposal of physicians are effective means of treating head lice, is not based on these two ingredients.

According to scientists, around two thirds are now breeding lice in the hair of children have developed resistance to OTC medications due to genetic mutations. This happened due to the fact that people were uncontrollably used the drugs. A similar situation is observed with respect to many antibiotics.