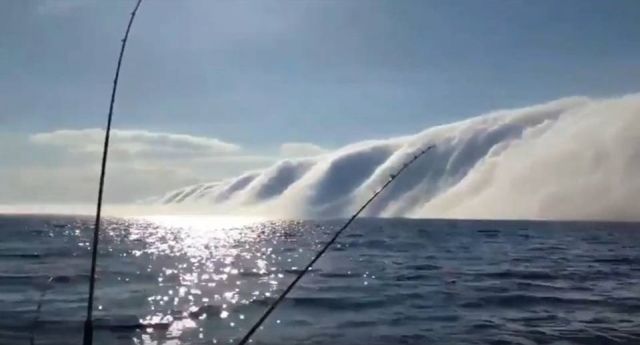 On the American Lake Michigan, there was a frightening natural phenomenon. First there was a cloud, it was like a giant wave of tsunami. And then the water level in the lake rose sharply.

According to an eyewitness, first the water level in the lake rose by 40 centimeters in just 40 minutes. This unusual phenomenon occurred on the evening of April 13. The “cloudy tsunami” was observed earlier and it is considered a natural phenomenon, but the interrelation between the appearance of the “cloudy tsunami” and the unexpected and rapid rise in the water level is interesting, which can not be explained.