In the US, a crocodile emerged from the sewage system 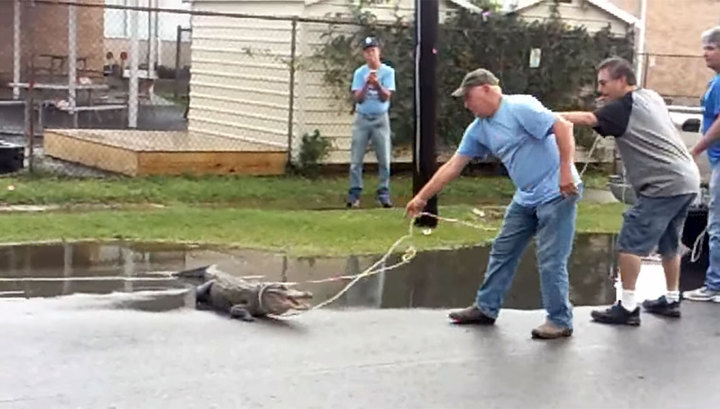 The two-meter-long crocodile climbed out of the sewers near the Marie Riviere Primary School in the American city of Bactown, Louisiana. Alligator strongly scared the locals. They had to sweat fairly to catch an aggressive predator.

Fortunately, on the day when the alligator appeared in the middle of the street, the students of the local school were on a spring break. Be that as it may, adults also did not expect the appearance of a dangerous animal next to the houses. They had to show wit to neutralize the alligator.

At the mouth of the crocodile they threw a lasso, after which the aborted reptile was dragged into the body of an SUV and taken to the forest. Bactown residents associate the appearance of an alligator on the street with showers that pour Louisiana this spring.