In the US, the plane crashed into an unknown object 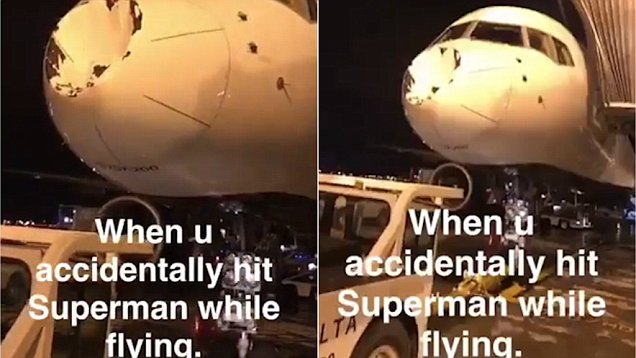 The plane of the American basketball team “Oklahoma City Thunder” crashed into an unknown object during a flight from Minneapolis to Chicago, which left a huge dent in the nose of the aircraft.

One of the players of the club, Stephen Adams, after landing shared shots of a twisted plane.

“The flight was, to put it mildly, difficult,” – quotes the sportsman edition.

Another basketball player Patrick Patterson laid out in Snapchat a video depicting dents. “When accidentally crashed into Superman during the flight,” – he wrote.

Representatives of the airline Delta, discussing the flight, said that the aircraft probably encountered a bird at a drop before landing in Chicago.