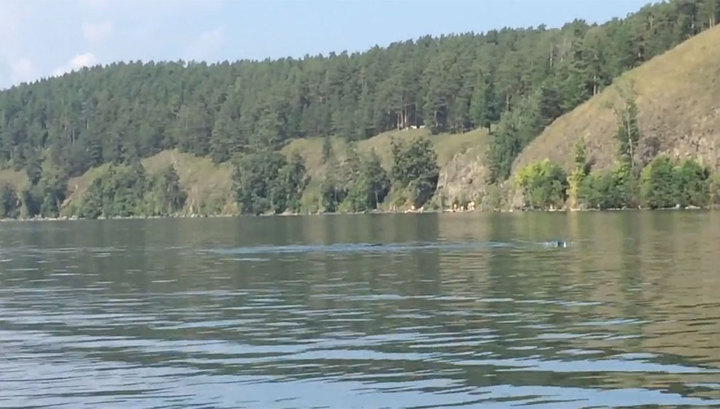 In the waters of second the purity of the lake Turgoyak Russia, in the Chelyabinsk region here, a witness videotaped an unusual phenomenon. The inhabitant of Miass Michael Nenarokov, sailing, kayaking past the place which is popularly called the krutiki resort, suddenly noticed that the water in broad daylight several times seem strange ring black color, resembling the rings of a giant snake.

To be honest, got cold feet, closer than 20 feet didn’t go, — admitted Mikhail. He admitted that perhaps it was divers and at least this explanation is the most reasonable.

However, according to the Accident, he witnessed for 20 minutes moving the huge snake. Took three videos from three sides. Frankly speaking, it’s, — the blogger writes and publishes the corresponding video.