In the Yamal tundra, a hummock exploded and a huge funnel appeared 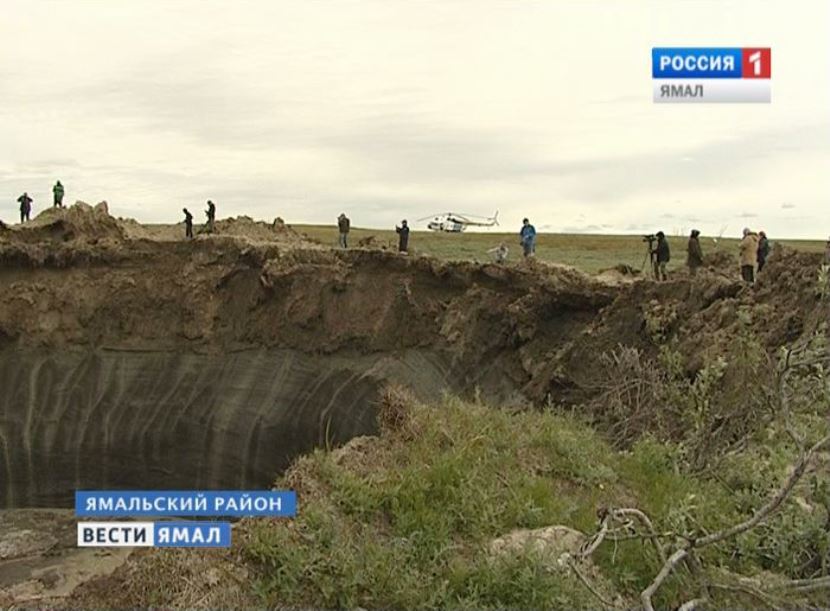 On the eve of the day the inhabitants of the Seyakhinskaya tundra witnessed an unusual natural phenomenon. Tundroviki noticed a few dozen kilometers from the village of a column of black smoke and flames, soaring into the sky. The sounds of the explosion were also heard.

It is known that the head Seyahi Igor Okotetto is already aware of what happened. In the local Ministry of Emergencies the explosion was confirmed, but they declined to comment.

Tundrovik Mikhail Okotetto on the phone told us the details of the incident, noting that in his opinion, a new Yamal funnel was formed.

“Yesterday, June 28 at 10:25 there was a brief powerful fire, as it was said, 34-35 km from Seyahi to the north-west.” Vango Yakov Bronislavovich’s stable is there. “There was a hill near them and this volcano exploded. The ejection – fire, smoke and pieces of earth flew from there, from this hummock, it did not become correspondingly, I think that this is the same thing that was in Bovanenkovo, the pit was formed, “he said.