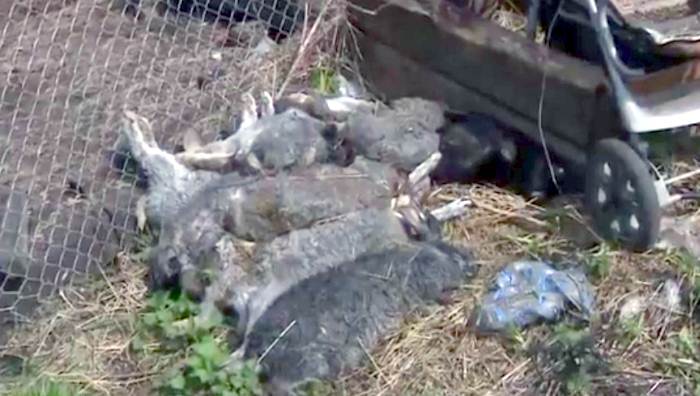 In the Demka district of Ufa at night an unknown animal attacked domestic animals in the personal economy of local residents. As a result of the attack of an unknown predator, 16 rabbits and 6 hens were killed. An unknown animal has an extraordinary strength, because it could gnaw through the thick wall of the cell.

The owners found the carcasses of the dead animals in the morning. To their horror, it turned out that the rabbits were completely exsanguinated. Several of their carcasses were found in the garden. The hosts claim that early in the morning heard the heartbreaking cries of rabbits, which predators, apparently, tried to pull out of the cells.

Affected citizens assume that a whole herd of predators attacked their farms. However, veterinarians who examined the dead rabbits and traces of the predator, could not yet determine who made the attack.