In Wales, the remains of an unknown creature 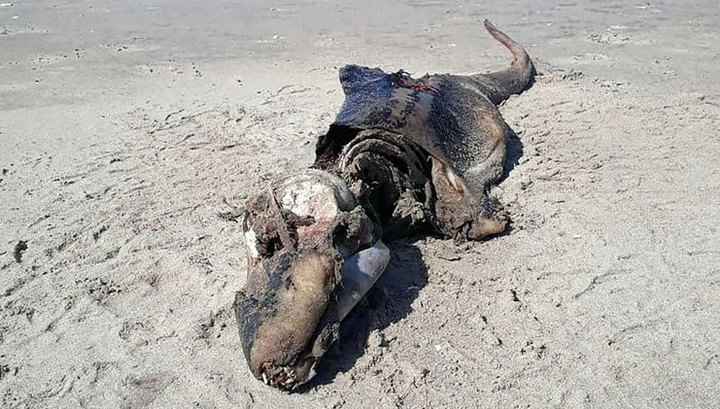 On the coast of the Welsh island of Gower discovered strange remains, reminiscent of the skeleton of an alien creature. Scientists are guessing about the origin of the mysterious creature.

Many have suggested that the “stranger” is actually a crocodile that has landed on the shore, but biologists do not agree with this.

“At the base of the creature’s skull, there is a convexity characteristic of cetaceans,” said biologist Dan Foreman.

Foreman said that whales and dolphins are often found on the beaches of Wales. However, it is still necessary to accurately identify the remains of specialists.