In Zimbabwe, a woman gave birth to a frog 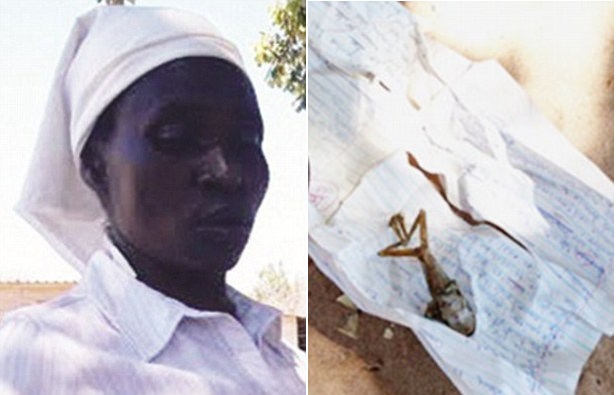 Born a resident of Zimbabwe being more like a frog than a premature baby. 36-year-old precious Nyathi was eight months pregnant when she went into labor. But doctors from the hospital was greatly perplexed, because born creature was tiny, had a long, thin frog legs and upper body, too, resembled a frog.

The woman let her take that died shortly after birth after being with him to her village where she showed it to the people. The elders were more scared of doctors and immediately ordered to publicly burn the body.

Husband precious Nyathi was scared too:

– I rushed home (when she returned) and was shocked because he saw a frog. The hospital confirmed that his wife was Rhoda, and they too are shocked.

Very precious Nyathi is in a deep depression:

– I was expecting a child, but heaven sent me this. Hell this case will haunt me my whole life.

Still there was no medical explanation for this. The head of the village said that the doctors from the hospital they can’t understand what happened.