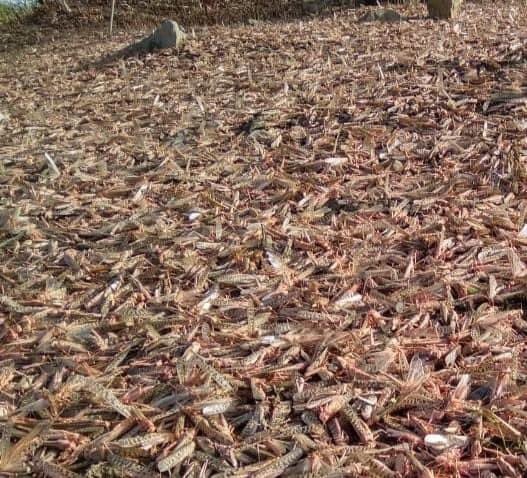 Locusts affected Rajasthan and Madhya Pradesh, and also began to attack the Jhansi area in Uttar Pradesh on Wednesday, May 27, 2020, amid what is described as the worst attack in nearly three decades.

Locusts prompted authorities to step up their reaction – drones, tractors, and cars were deployed to track insects and kill them with pesticides. The Locust Prevention Organization (LWO) currently has 50 teams tracking swarms from Rajasthan to Madhya Pradesh.

“Eight to ten Royas, each about a square kilometer in size, are active in parts of Rajasthan and Madhya Pradesh,” said KL Gurjar, deputy director of LWO.

Nearly 50,000 ha of agricultural land has already been destroyed.