Inexplicable anomalies prevent work of scientists in the Lord’s Coffin 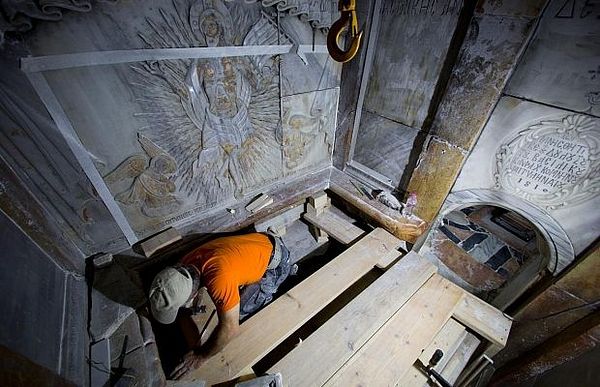 The archeologists investigating Christ’s tomb in the temple of the Lord’s Coffin in Jerusalem faced problems. Inexplicable electromagnetic disturbances put measuring apparatuses out of action.

At a research of a funeral Bed of Christ in the temple of the Lord’s Coffin in Jerusalem scientists faced an unexpected barrier. Inexplicable electromagnetic disturbances put a part of measuring apparatuses out of action.

At the same time archeologists assure that from a tomb the fragrance proceeds. About the nature of aroma it is not reported, it is also not told in what operation of devices there was a failure.

Scale restoration of Kuvukliya – a dome chapel from yellow-pink marble into which the Lord’s Coffin is put began spring of 2016. In October scientists for the first time in the history removed the white marble slab from a stone funeral Bed of Christ put in 1555. Archeologists consider that it will help to understand what was an original surface of a stone upon which, according to the legend, Jesus Christ’s body was based.

Besides, according to scientists, opening of a tomb will allow to find out why Saint Elena who carried out excavation in Jerusalem decided that this tomb is the place of burial of Christ.