Invasion of spiders recorded on the Australian island of Tasmania 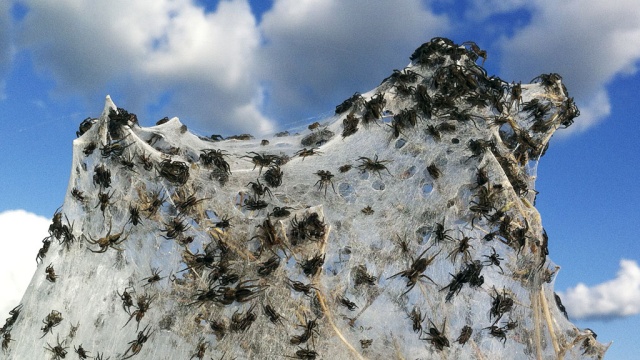 Floods caused by heavy rains on the East coast of Australia, accompanied by the unprecedented invasion of spiders.

Millions of spiders wove huge webs that cover a few trees at a time. Locals say that it looks scary.

Biologists explained that the invasion of spiders and giant webs themselves do not pose any danger to humans. Apparently, bedspreads from the web of the spiders needed to be protected from the weather: the region recently dropped heavy rainfall that caused flooding. Blankets of webs allow spiders to move through the air over the flooded forest. The wind carries the pieces of web spiders long distances, which provides a mean survival.