ISS and two UFOs on 1 September 2016 exit of astronauts 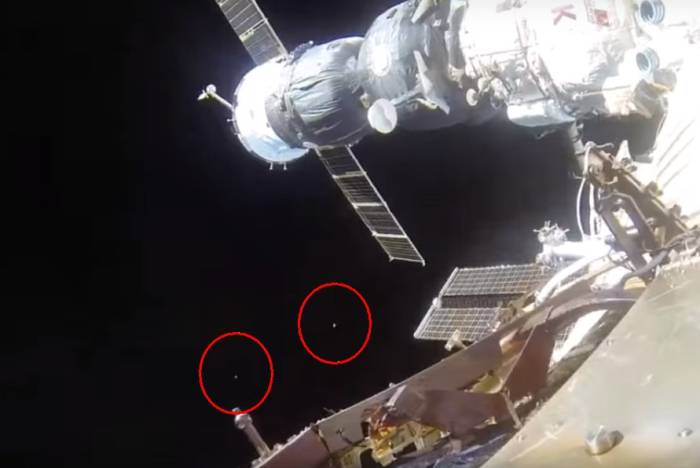 1 September 2016 during the live broadcast of the release of two astronauts from the International space station (ISS) in the lens of the GoPro camera, which was on the arm of one of the astronauts got two fast UFOs.

The astronaut saw them and immediately took the camera to the side, after some time these same two UFOs appeared again and then the astronaut removed the camera from his hands and decided to side more space to send, and set it on the hull pointing towards the Earth.

That these two objects not just some space debris, can be seen in the trajectory of their flight. The first time the objects appeared simultaneously and flew around, and then turned sharply in the direction of the space, reversing direction. Space debris, as you know just can’t do that.

Appearing for the second time in that moment, when the astronaut was filming the camera with his hands, we first see one object and then a second, but fly they are not synchronous. But those are the same two objects and it seems that they are observing the astronauts at work just cruising near the station.

It should be noted that most likely the same two objects, watched the exit of the astronauts from the ISS in August 2016.