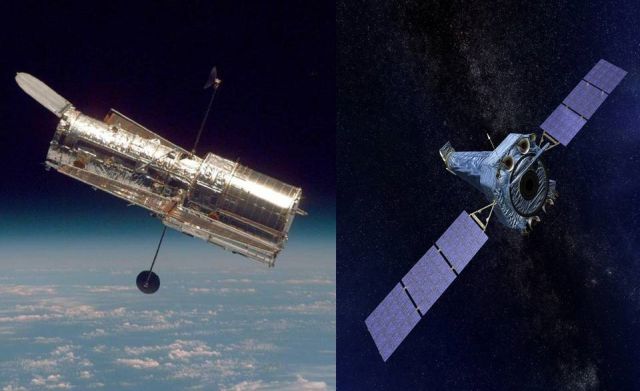 Strange things happen, most recently the Sunspot observatory turned off, and then the broadcast from 6 more space observatories temporarily turned off.

In addition, NASA has already lost contact with the Opportunity Mars Rover, and they have a big problem with the transfer of data from the Curiosity Mars Rover, mainly due to a strong sandstorm on the planet Mars.

NASA reported that the Hubble Space Telescope went into safe mode after a gyroscope failure, the agency’s Chandra X-ray Observatory has now moved to a similar state.

NASA announced that when Chandra enters safe mode, it switches to hardware backup units, orients solar panels to collect maximum sunlight and removes its mirrors from the sun.

Devices go into safe mode in order to protect themselves during hardware or software failures, leaving only vital support systems. The space agency is now studying the reason for the transition to safe mode.

Chandra is designed to conduct X-ray observations of distant space objects, including quasars, supernovae and black holes. This is part of the NASA Great Observatories program, which includes the Hubble and the Spitzer Space Telescope.

It is very unusual that both NASA telescopes went into safe mode within a few days, and with so many incidents last month, this can no longer be a coincidence.

Something serious is happening in space, and it seems they don’t want us to see it.