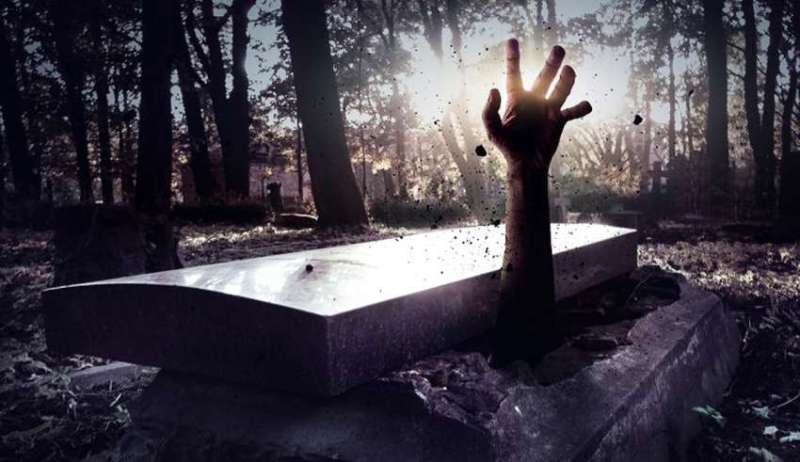 Lazarus Syndrome: people who resurrected after they were declared dead

At the beginning of this year, amazing news spread around the world. In Spanish prisons, checks were carried out after the prisoner, who was declared dead by three different doctors, woke up in the morgue for an hour for his own autopsy. Gonzalo Montoya Jimenez, a 29-year-old prisoner, was found without signs of life in his cell on the morning of January 7, so he was transferred to the Morgan Institute of Legal Medicine in a body bag when the pathologists heard something strange: a snore emanating from a bag.

Jimenez, who is serving a sentence for the theft of copper in the Penitentiary Center of Asturias in northwest Spain, was first examined by two on-duty doctors in prison after they found him unconscious in his chair in his cell with signs of violence. When they were convinced that he had no signs, the doctors declared him dead, and an hour later the forensic examiner who examined the body gave the same conclusion. Only later in the morgue the doctors realized that something was wrong.

Jimenez had already spent some time in the morgue, and lines were marked on his body for his rapid dissection, and suddenly the corpse began to stir. Jimenez was taken into custody and sent to the ambulance to another hospital in order to recover from his mysterious state. Later he came to his normal state, but how this happened, medical experts can not explain.

This is undoubtedly an amazing story that attracted the attention of both the media and the scientific community. However, this is not the only documented case.

Val Thomas: after complaints of chest pain, Val Thomas suffered two heart attacks in a hospital in Charleston, West Virginia. Without cerebral activity for more than 17 hours, doctors used a special device to reduce and then raise the body temperature, but later his heart finally stopped. The only thing that sustained his life was a respirator, so they decided to turn it off. Suddenly Val woke up and spoke. Later, the analyzes showed a good recovery, and doctors discharged Thomas.

Fagulya Mukhametzyanova: in Kazan doctors told Faguly Mukhametzyanov officially dead, and her family prepared her body for a quick funeral. During the prayer at the ceremony, Fagulya woke up and opened the lid of her coffin in shock, realizing that she could have been buried alive. Because of the experience, she died definitively before arriving at the hospital.

Kelvin Santos: little Calvin Santos stopped breathing during treatment for pneumonia in a hospital in northern Brazil. After he was declared dead, the family took the body of his 2-year-old son home. On the same night, relatives inconsolably wept before the open coffin, and just before the funeral, the child sat down and said: “Daddy, can I have some water?” Then he lay back in the coffin and died. Despite the fact that his family decided to cancel the funeral, so that doctors could examine his son, he was buried that night.

Lyudmila Steblitskaya: Lyudmila spent a day at the regional clinical hospital in Tomsk, Russia, because she felt sick. However, when her daughter Anastasia came to visit the patient a few days later, she was told that her 61-year-old mother had died. Anastasia began training at her mother’s funeral. However, when the family went for the body, the doctors did not give it up because the woman woke up in the morgue in 3 days. A few months later the same thing happened again, Lyudmila was declared dead because of heart problems, but the doctors decided to give her another chance – they managed to “resuscitate” her in a few hours.

These are only some cases when people were declared dead, and they woke up alive in their coffins or morgues. But what are the explanations for this mysterious phenomenon?