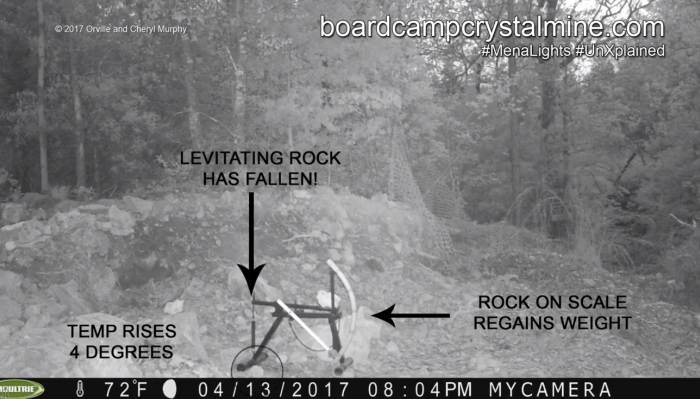 In the US state of Arkansas, there is an old mining rock mine located 15 km from Mena in Washito National Park. On the territory of the mine from February 2017, strange phenomena began to occur, fly glowing balls, bright strange flashes of the night appear, and also to fly stones.

After all these events, the mine owners decided to close it. Orville Murphy, the owner of the crystal deposit, says that they were forced to do it, because what is happening there is abnormal. On the anomalies he reported to MUFON and showed them the video made at the mine.

After reviewing the video, the researchers took the information seriously and the Travel Channel crew went to the scene. The expedition was organized by producer Josh Gates and what they recorded there was terrific. A documentary about the anomaly at this mine will be shown in October 2017.

Meanwhile, the film crew published a video made on July 16, 2017, which shows moving quartz crystals in space, strange bright flashes and other abnormal phenomena.