Madness and excitement: how humanity is looking for a UFO 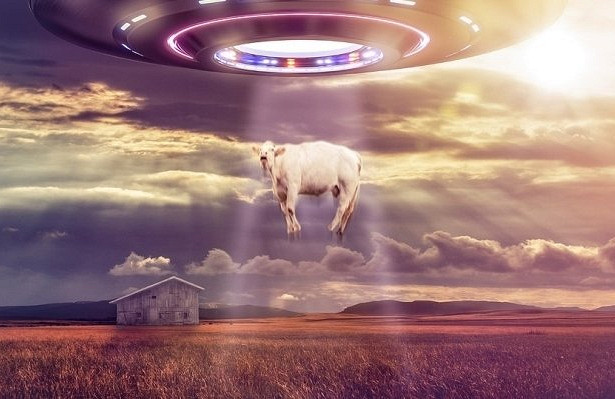 72 years ago, the so-called “Roswell Incident” occurred in the United States, which for more than half a century gave rise to an unhealthy interest in UFOs and aliens. On UFO Day, remember who is speculating on this topic these days, why Russia has a special path in this regard and who is seriously looking for extraterrestrial life.

June 24, 1947 is considered to be the date that marked the beginning of ufology – a real epidemic that hit humanity in the second half of the 20th century. That day in the USA, an event that went down in history as the “Cascade Range Event” occurred when pilot Kenneth Arnold flew his plane to Yakima (Washington) and decided to search for wreckage of the plane for which the reward was announced.

At an altitude of 3 km, he noticed a flash of nine objects in the air at a distance of 20 miles from it.

“I clearly saw their outlines against the background of snow when they were approaching the mountain … They flew about 20-25 miles away and disappeared from sight. About three minutes I watched as a chain of plate-like objects, stretching for at least 5 miles, was tacking between high mountain peaks, ”he recalled.

And a week later, on July 2, 1947, the famous “Roswell Incident” occurred in the USA, which consolidated the mystical experience of the Americans and, apparently, forever entered the history of the small town of Roswell in the state of New Mexico. On that day, a local farmer discovered the wreckage of a strange brilliant object in his pasture, where shepherd. The wreckage was like foil, which, when bent, restored its shape.

Soon, the military rushed to disprove the extraterrestrial origin of the find, stating that it was just an atmospheric probe with equipment, and not a flying saucer – a term that was only used by journalists.
Go
After the events of 1947, the cult of UFOs and ufology spread across the globe – flying saucers were observed in various parts of the world. Popular conspiracy theories against the backdrop of the Cold War, the reluctance of the authorities to comment on such incidents, as well as the emergence of truly new and fast aircraft, gave rise to all the new “observations” of UFOs.

A special attitude to the topic of observing UFOs, aliens and extraterrestrial life was formed in its time in the Soviet Union. First, the USSR and Soviet scientists made a considerable contribution to the matter of seriously understanding the role of human civilization in the Universe – scientific conferences on issues of extraterrestrial civilizations were held twice in the Byurakan Observatory, while the luminaries of Soviet astrophysics, Nobel laureates, Francis Crick, who discovered the DNA structure,
and other venerable foreign scientists – Karl Sagan, Philip Morrison, Frank Drake.

On the other hand, especially in perestroika times, the UFO fascination with paranormal phenomena and other ufology reached unprecedented proportions, continued in the 90s and, as such, the cleansing of science from all this did not happen, despite the efforts of the Commission to combat pseudoscience and falsification of scientific research RAS.

Perhaps, this is partly why, in the Russian information field, every possible ufologists and other “professional” researchers of paranormal phenomena feel so free today. Every day, ufologists along with serious scientists become sources of full-fledged news and entire news stories, creating a false scientific information noise.

“Ufologists told us how to catch a UFO frame correctly”, “Ufologists discovered the“ fleet of alien ships ”near the Sun”, “A 300-meter alien ship was found in the pictures of the Moon,” removed the planet Nibiru “- this is only a small fraction of the news headlines in runet for the last days with a link not to real scientists, but to ufologists.

Even runner-up ufologists appeared in runet, which are popular with many media people of low poshiba. One such, from Siberia, with enviable constancy, analyzing all sorts of maps, supplies the world with new sensations –
then he guesses the secret of the Dyatlov Pass, then he finds a UFO on Mars, then a starship in Antarctica.

Despite the fact that in the English-speaking segment of the Internet of such low-grade material in the media is much less, the interest in the topic of UFOs does not fade there. True, this is usually associated with real events.

So, in May, the influential American The New York Times reported that from summer 2014 to March 2015, naval pilots began to notice strange objects in the skies over the east coast of the United States. They could move at a hypersonic speed, but no exhaust gases or characteristic tracks in the sky could be seen.

“They could have been there all day,” said Lieutenant Ryan Graves, who reported similar observations to the Pentagon. – To keep the plane in the air, it needs a lot of fuel. At the speeds we observed, 12 hours in the air is 11 more than we could have expected. ”

The US Department of Defense emphasized that it was not about the alien nature of these objects – the seen one can find a completely “earthly” explanation. According to Leon Golub, astrophysics from the Harvard-Smithsonian Center for Astrophysics, the likelihood of the extraterrestrial origin of these objects is “extremely unlikely.”

And in December 2017, the Pentagon admitted that in recent years it has spent money on studying UFOs – according to journalists,
for these purposes with the involvement of a third-party company were sent up to $ 22 million

Recognition was made after the publication in the New York Times, which revealed the amounts and details of the secret program. In response to a request from journalists, the Pentagon recognized the existence of this program in the past, but indicated that it was already closed.
In addition, earlier the US Central Intelligence Agency promulgated a large number of documents that were once classified as “secret”. Among them were the records of “aliens”, including the TASS report on the observation of a UFO by two Lithuanian border guards on June 26, 1996.
Finally, recently an international project to search for extraterrestrial life Breakhrough Listen has published the results of the first three years of its research. A preprint of an article in The Astrophysical Journal devoted to the results of the most complete search for radio signals of man-made activity in space in the entire history was published on the website of the University of California at Berkeley.

Meanwhile, the study of extraterrestrial life forms is not at all excluded by modern science, moreover, this goal is
the main driving force in the planning of modern interplanetary missions. One of them is the Dragonfly mission, which will be sent to the satellite of Saturn to Titan.

The arrival of the device to the satellite is scheduled in 2034. Reaching the destination point, a device the size of a Martian rover will land in the equatorial area and will begin a long journey, flying from point to point on the surface of Titan. Scientists hope that they will be able to send the drone to the 90-kilometer-long impact crater Selk, which is of particular interest to them in terms of the origin of life.

The recent surge in interest in the topic of extraterrestrial life was associated with the discovery of a powerful short-term methane release on Mars. After all, methane, as is known, on Earth is the main indicator of the presence of living organisms. “We’ll look at our data for this weekend, last week we had nine measurements,” said Oleg Korablev, an IKI RAS official, agreeing on the importance of the American discovery. – The very fact of confirming this release would be a great achievement. If there was such an outlier, then its remnants should be visible, and I am full of optimism. ”