Male hands transplanted to a woman changed color and shape 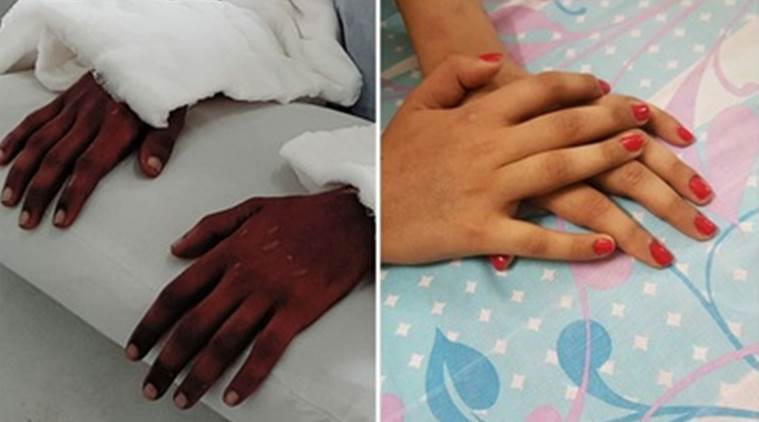 Less than 100 hand transplants have been performed worldwide and changes in color or shape have never been reported before!

“I don’t know how the transformation happened,” said 21-year-old Shreya, who underwent the first inter-genital hand transplant in Asia, “but now it looks like my own hands. The skin color after transplantation was very dark, not that it once worried me, but now it matches my tone. ”

And the surgeon Dr. Mohit Sharma added: “We hope to publish two cases of hand transplantation in a scientific journal. We have recorded both a color change and a change in shape, but we need more evidence to understand the change in the shape of the fingers and hands.”

This may continue as long as there is limited research into inter-genital hand transplantation (from woman to man or from man to woman).

How did it come to a hand transplant

In September 2016, Shreya lost both hands as a result of a bus collision en route to the university. 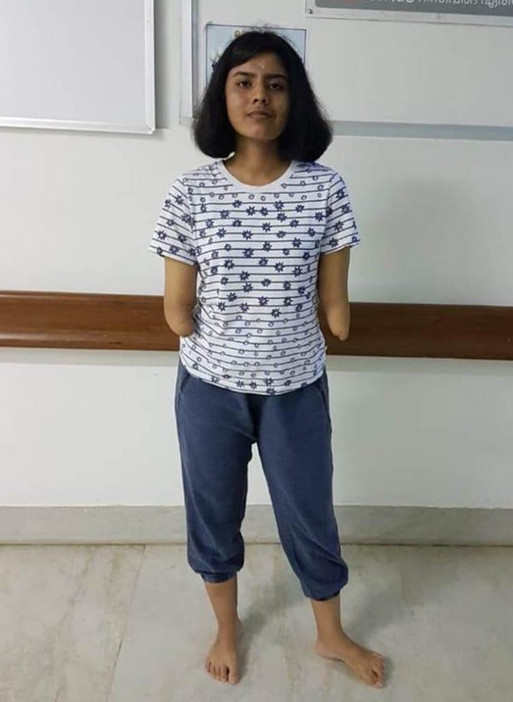 After amputation, she learned that a student from a nearby college was pronounced dead (the brain did not work) the same day after a bicycle accident.

Although donations by hand are rare, his family agreed to donate their hands and other organs to science.

Blood types were compatible. Therefore, the doctors decided to operate on the same day. The transplant lasted 13 hours, during which a team of 20 surgeons sewed the donor’s hand to the bones, arteries, veins, tendons and muscles before the skin was sewn with the upper limb of Shreya.

For a year and a half, she remained in Kochi for intensive physiotherapy. The peripheral nerves took time to develop, and the sensation grew by 1-2 mm every day. “The hand was heavy, it was cumbersome from the beginning,” she says.

Over the past 3-4 months, Shreya’s mother noticed that her daughter’s fingers became thinner, a little longer, like a woman’s.

“I see her hand every day. The fingers became like a woman’s, the wrist became smaller. These are wonderful changes, “she said.

No one really knows why and how her new hands changed color and shape. 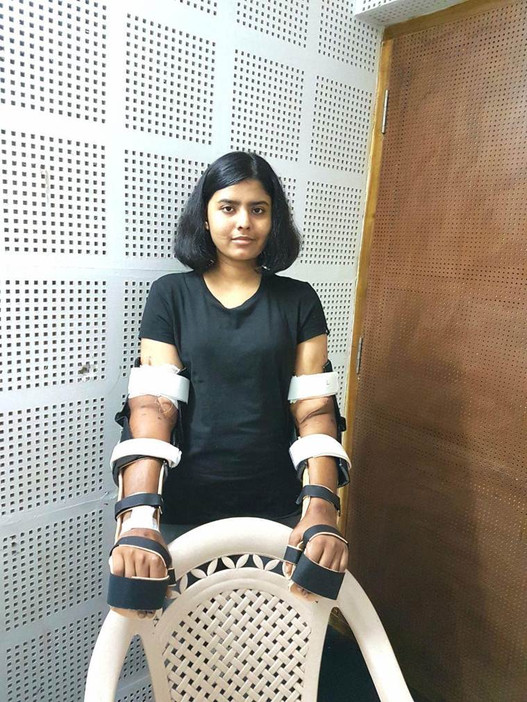 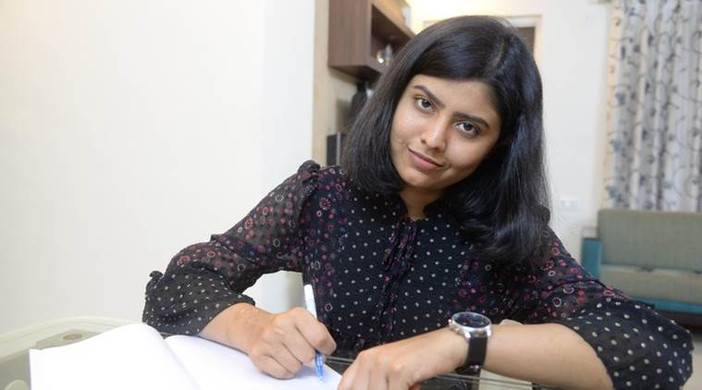 Last year, Shreya was able to write her exams on her own – with her new hands.