Marina Popovich met with Yeti and saw a UFO 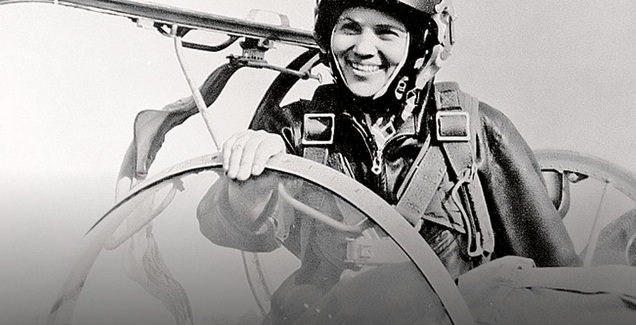 She is known all over the world. Honorary citizen of many cities. On account of the Hero of Socialist Labor 102 world overcord two dozen books about the sky and the unknown, dozens of expeditions to “abnormal” places.

And suddenly – she was only 75! Decided to find out from the horse’s mouth. Go to the famous Museum of the Roerichs near the temple of Christ the Savior. Marina Lavrentieva there personal office. She is also Vice President of the International centre of the Roerichs.

In the arms of a Yeti

Marina Popovich, is it true you met the Yeti?

– I’m adventurous! I heard that scientists are looking for relic humanoid, after surviving the flood. And went in 1982 to the Pamirs. With the youngest daughter. The expedition was headed by Oleg Rumyantsev, doctor of science. Met with local shepherds. Say: “We hunt for “Bigfoot”. “You’ll shoot him?” “No, I want to see”. “He comes to us, three meter long, hairy. We milk him leave. Dogs and cats are afraid of him”.

The night of 13 August woke up suddenly, someone touched me on the cheek. I froze with fear. Then he shouted daughter. Sleeping bag, in which lay Oksana slowly crawled out of the tent. I heard the crackle of gravel. Grab the daughter by the shoulders, he had to pull on itself, and also shout in a wild voice. The camp was in turmoil. The daughter told me that she was awakened by the touch of something soft to the feet. The rest of the night we all didn’t sleep a wink. In the morning inspected the strips around the campground. In the newly turned earth seen huge bare feet.

The same day we with Oksana left the camp. He returned to Moscow. Soon the horror of the tragedy was forgotten. The byway is an abnormal phenomenon became my second love. After Heaven.

– You have the unofficial title of Mary Popovich. You even wrote a book “UFOs over Earth”. I hate that you saw a UFO?

For the first time in the Pamirs. Over our tents hung a ball, lit on the periphery. For the second time in Star city. Long, the type of airship. Then my husband went to work: flying the Tu-154, and under it calmly floats a large “airship”. In Perm anomalous zone have seen. In my book I have collected a lot of evidence about UFOs from around the world.

– What it is and why they come to us?

– Tsiolkovsky wrote: “We believe that the Mature creatures of the Universe have the means to travel from planet to planet, to intervene in the lives of the stragglers of the planets and to communicate with the same Mature as they are.”

Tsiolkovsky – founder of Astronautics. His contemporaries regarded him as a fiction. But the people went up into space. My first husband, Pavel Popovich, flew twice. Had to prioitize” before the Americans. But the Kremlin closed the Lunar project. I also passed training in the cosmonaut corps. If the prophecy of Tsiolkovsky about spaceflight come true, why not believe in a Mature Universe?

– I was born in the Smolensk region. Fascist continuously bombed us! When the Germans invaded the village on motorcycles fired machine guns at every living thing. Children were burned in the barn. Our family also had to burn. But at night the guerrillas have taken, saved. Then the evacuation to Siberia. The years went by. But her eyes were still Nazi bombers. And one desire – revenge! At 14 he enrolled in the flying club. FIB, 17. Mastered a simple UT-2. To serious aircraft women were not allowed. At the age of 16 he went to Moscow to the General Kamanin, hero of the Soviet Union № 2. He DOSAAF aircraft commanded. Nikolai asks: “How old are you?” “27!” – “On the strength of 16. But I like you. In DOSAAF can fly as you want. But professional women do not take in the aircraft. Here only Voroshilov can help. Only age not much to add!” Later I learned that Kamanin himself in his youth have given themselves a year to get into aviaciya.

So with the help of a Voroshilov I became a professional pilot.

Is it really so easy to cheat with age?

– I’m from the occupied territory. She wrote in an evacuation sheet. And only when it came to combat aircraft, to experience the secret “MiG”, there all serious. Headquarters sent a request to Smolensk. In the temple papers on baptism represent? It turned out that I was born 20 July 1931, wrote, and July 12, the 37th. And I’m not Maria, and Marina. But forgive cheating fathers-commanders. The official biography of the fix did not.

– All the conversation was over, comrade journalist. I meeting of the Academy of Oshchepkov to go urgently. I am the President. Can’t be late!

Oh, and this restless Popovich! Not for nothing was nicknamed “Madame “MiG”.

Happy anniversary You, Marina Popovich! New UFO sightings. And the Yeti. Unless, of course, her husband, major-General of aviation Boris Zhiharev, let alone on a date with “Bigfoot”.