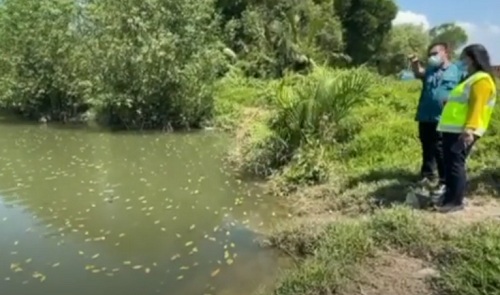 The Department of the Environment (DoE) has launched an investigation into the incident where thousands of dead fish were seen in Sungai Prai yesterday afternoon after high tide.

However, she said it was too early to disclose the results as the state’s Department of Energy and Fisheries had just launched an investigation after receiving information on the matter yesterday.

“Whether the water is toxic or not, we don’t know yet. It can also be a natural phenomenon. It is too early to draw any conclusions.