Mass Observation of UFOs over the British county of Cornwall 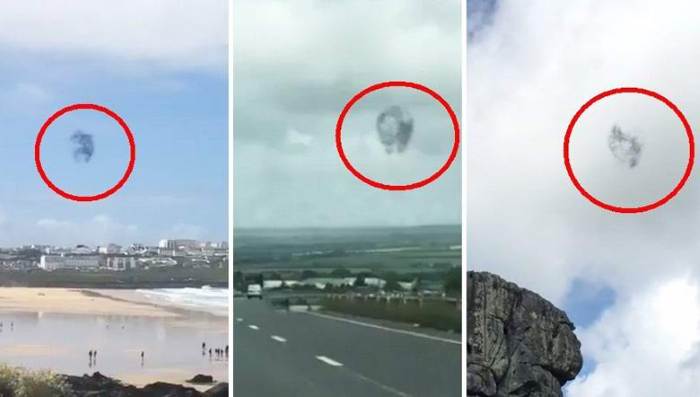 This event is interesting because there were several evidences from different people about the appearance of a strange flying object appeared over different cities of the British county of Cornwall.

The video of the mysterious object appeared on social networks on July 18 and 19, 2017. Unusual UFO constantly changed its shape and it looked like it was a shell around an invisible object.

This mysterious UFO was seen over the center of the city of Truro, over a hill in the village of Carluddon, over the beach of Fistral of the sea resort of Newquay, over the A30 highway and over the Roche Rock rock, and over the sea off the Corniche coast.

Surfer Kiefer Krishnan published a video of a strange object on his page in Instagram.

What the?! Is this an alien spacecraft over the A30? #ufocornwall pic.twitter.com/Ti3IJcNmQ0

Photographer Shayne House posted a video on Twitter where the same object is visible above the A30 highway.

Odd sighting at #Fistral today. Anyone else see it? #ufocornwall pic.twitter.com/YjKELgWqOL

Manager Harry Wilde saw him on the beach Fistral and posted a video on Twitter.

A resident of the city of Truro named Stef saw the same UFO on the way to the hairdresser when he flew over the spire of the Cathedral of the Blessed Virgin Mary.

The girl under the name trudle noodle, published in Instagram a video of the same object that she saw in the sky above the chapel on the rock of Roche Rock.

Dan Goodwin took the same object over the hill to St. Austell.