“Misplaced Artifacts” Prove That All “Official Human History” Is A Lie 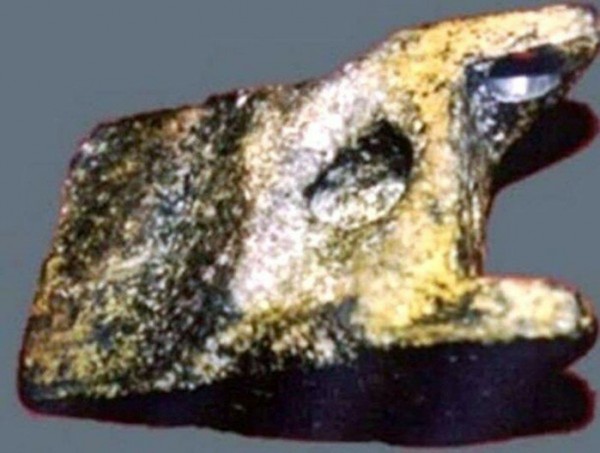 Of course, it is easier to manage a community of believers that it appeared on this planet very recently and came from a monkey than a society that will know its true history and its true origin, but the scale and persistence with which the concealment of the truth is achieved may indicate deeper reasons for this lie.

In this article, I will not touch upon the reasons for hiding the truth, but I will only give facts that the real history of mankind is fundamentally different from the one that is imposed on us. 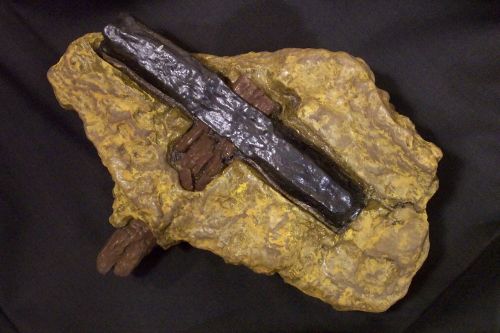 In June 1936, Max Hahn and his wife Emma were walking by a waterfall near London, Texas, when they noticed a rock with an object protruding from its core. They decided to take this curiosity home, and later broke this stone.

What they found inside shocked the archaeological and scientific community. The stone contained an artificially created object that was very similar to an ordinary hammer.

In addition, part of the wooden handle began to turn into charcoal. The hammer head, made up of over 96% iron, is much cleaner than anything nature could have done without the aid of relatively modern smelting methods. 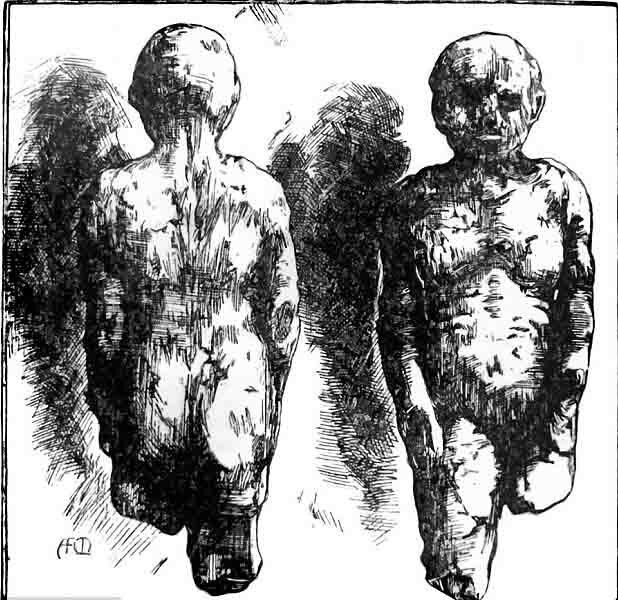 In 1889, near Nampa, Idaho, when workers were drilling an artesian well, a small figurine of fired clay was recovered from a depth of 97 meters. 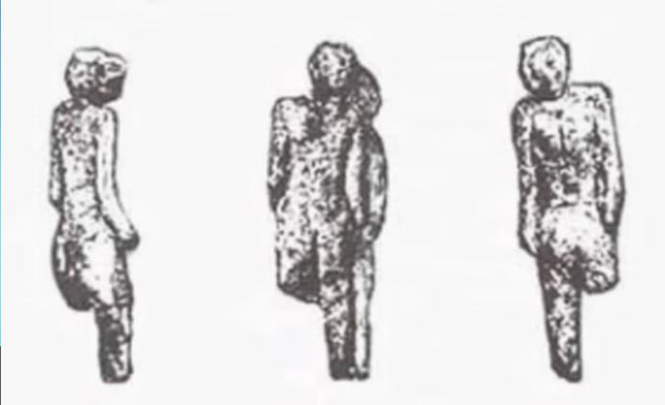 To reach this depth, workers had to punch through nearly 5 meters of basaltic lava and many other layers below. The figurine is estimated to be 2 million years old.

Nowadays, science and geology believe that coal is a by-product of decomposition of vegetation. This natural process of coal formation takes up to 400 million years.

Anything found in lumps of coal or coal seams during mining had to be placed or thrown into vegetation before being buried in the sediment. 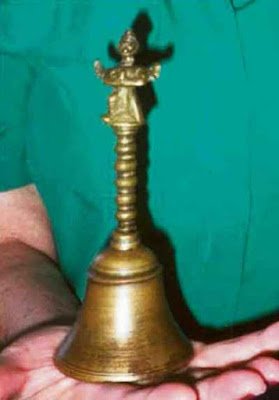 In 1944, a ten-year-old boy Newton Anderson dropped a lump of coal as he dumped it into the basement, and it shattered in half when it fell to the floor. What he found inside defies explanation based on modern scientific orthodoxy.

Inside the coal was a handmade brass alloy bell with an iron “tongue” inside and a sculpted handle.

When the analysis was carried out, it was found that the bell was made from an unusual mixture of metals, different from any known modern alloys (including copper, zinc, tin, arsenic, iodine and selenium).

The seam from which this piece of coal was mined is estimated to be 300 million years old!

These unusual discoveries are not unique or even unusual. Literally thousands of them collect dust, locked from public view in the vaults of museums around the world. 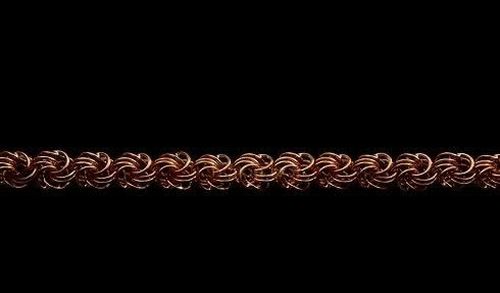 An inexplicable find was made in the provincial town of Morrisonville (Southern Illinois, USA) in 1891. An ordinary local woman, Mrs. Culp, prepared charcoal for kindling by breaking it in half. And so, when the next piece split, the woman noticed in it a golden chain of a very strange and never seen before weaving.

Since the coal rock broke almost exactly in half, only the middle part was visible, and both ends of the chain remained embedded in the coal.

This fact ruled out the possibility that someone accidentally dropped the chain or it got caught during coal mining. The unusual weaving struck everyone at that time – something like this had never been seen anywhere else, or after its discovery.

The chain was 25.4 centimeters long, was made of eight-carat gold and weighed 192 grams. The very same find was confirmed by many witnesses. Most interesting fact: according to the Illinois Geological Survey, the coal was over 60 million years old. 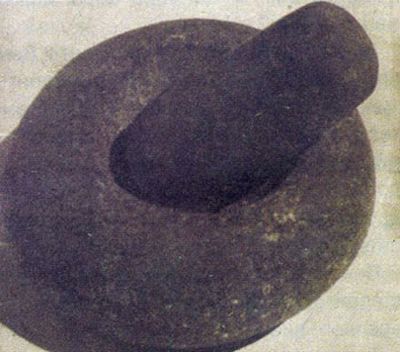 In 1880, the state of California is experiencing a gold rush. Miners at very great depths in the mined mines of Table Mountain find many different stone objects in the ancient layers: feet and pestles, tools, arrowheads and spearheads.

Scientists, namely, professional geologists who began to study the artifacts, were shocked not so much by the objects themselves as by the fact that they were found in the oldest layers aged from 33 to 55 million years! The items themselves have been dated to around 35 million BC.

An illustrative case occurred in 1996, when NBC was filming a documentary about interesting finds. The producer tried to negotiate with the museum management to look at them, but was refused. They were shown to the general public only once – during the World Archaeological Conference. 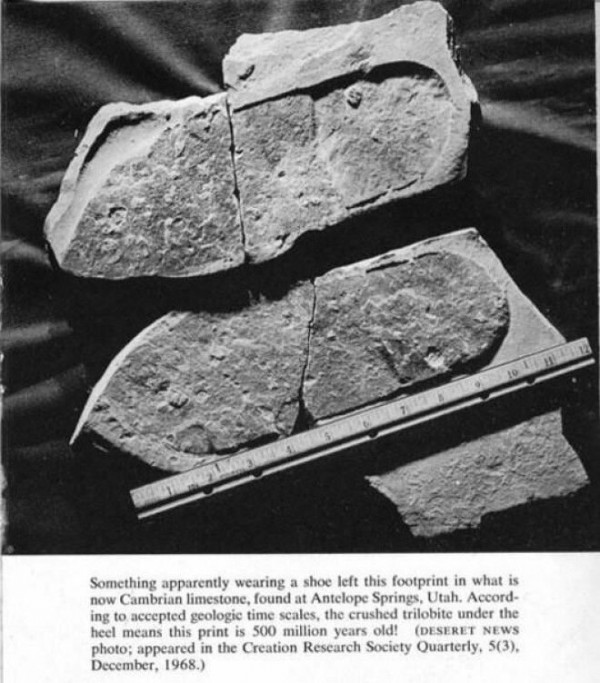 Trilobite boot track. Trilobites existed on earth 600-260 million years ago, after which they became extinct. An American scientist found a trilobite fossil on which a human footprint is visible, and with a clear boot print. Based on Darwin’s evolutionary theory, how could humans exist 260 million years ago? ” 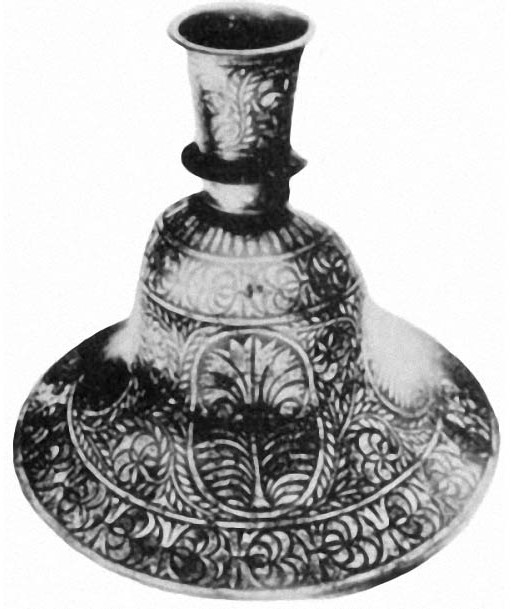 For the past few decades, miners in South Africa have dug up mysterious metal balls. These balls of unknown origin are approximately an inch (2.54 cm) in diameter, and some of them are engraved with three parallel lines running along the axis of the object. Two kinds of balls have been found: one is made of a hard bluish metal with white spots, while the other is empty on the inside and filled with a white spongy substance. Interestingly, the rock in which they were discovered dates back to the Precambrian period and dates back to 2.8 billion years! 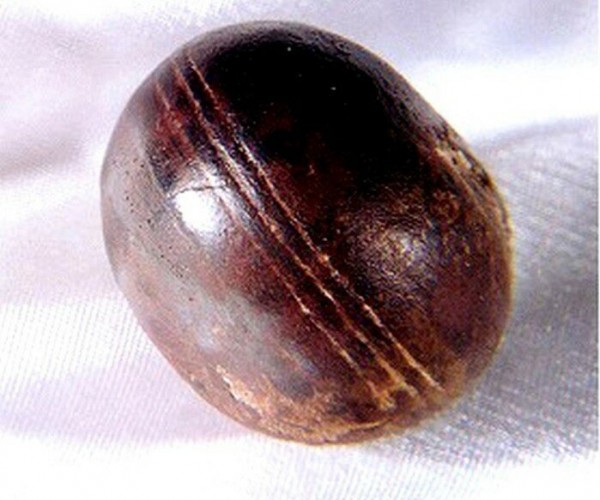 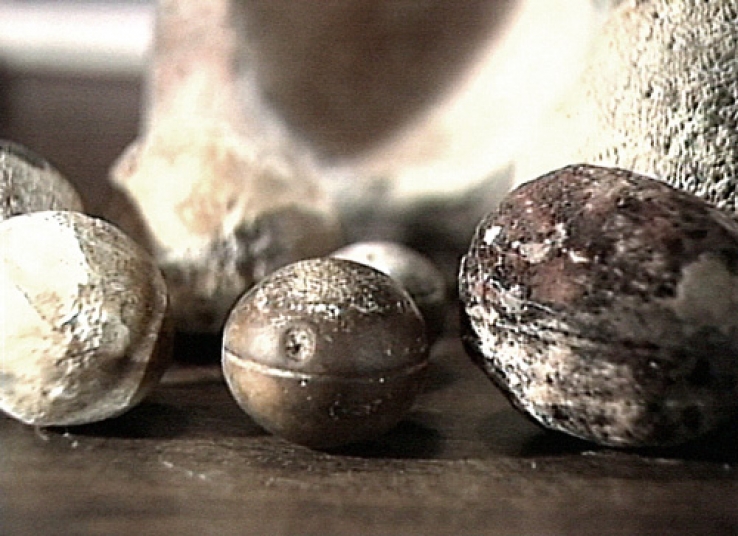