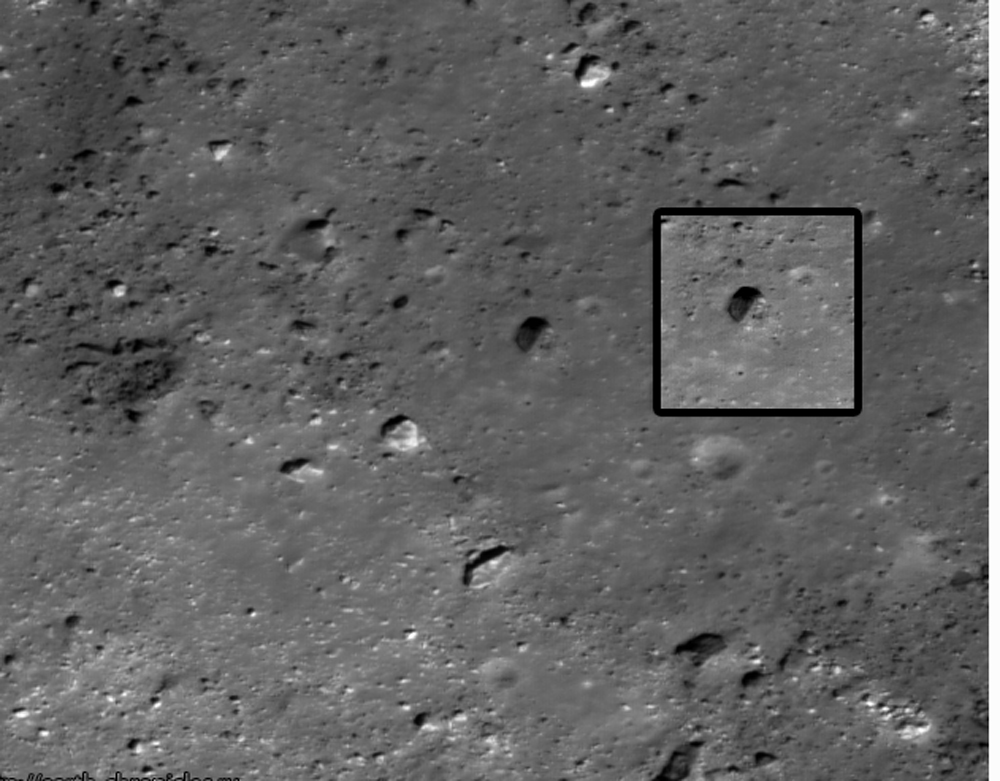 There are many assumptions about what such NASA hides from the public important events and discoveries. This is true, but only partly. Much posted in open access and open to the public, but that’s just this very public, somehow not in a hurry to learn laid out, and the few who digs into the archives and find interesting things in most cases and remain the most a few, to whom these findings really interesting.

Maybe That’s how people that he imposed on the unimaginable things society, he denies at the subconscious level by the principle – “It can not be, because there can not be.”

I spent a lot of time studying the photos taken from lunar orbit machines. They are laid out in the open access and nobody hides. And so, it was possible to find: 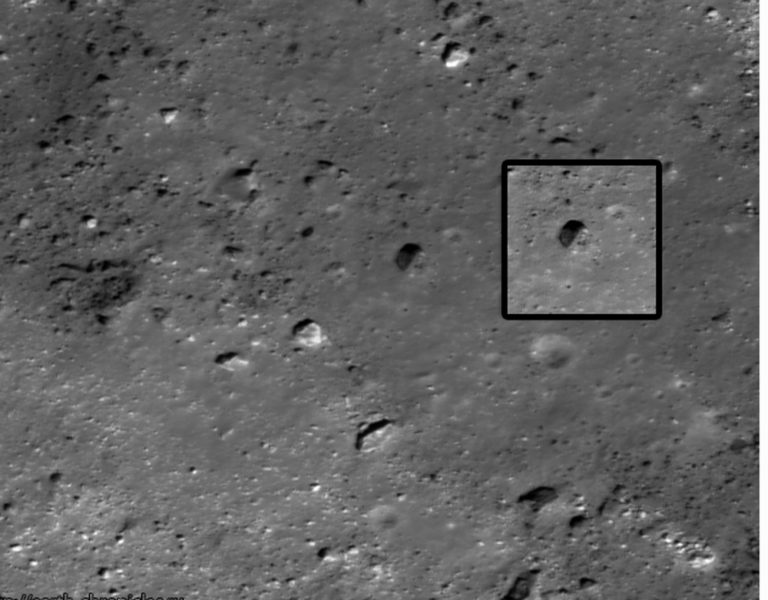 That this place in my opinion is nothing like alien aircraft wrecked on the Moon lies in the crater Giordano Bruno area (Western portion of Giordano Bruno crater cavity).

And, behold, it was possible to find in the area portion of Klute W crater. In studying this photo, I almost immediately noticed a group of ruins, stone blocks and columns of hexagonal shape. Neighborhood ruins – very interesting. I’m sure at this point, there was a huge monument – a statue, surrounded by giant structure consisting of 6 carbon columns, surrounded by walls of huge blocks. 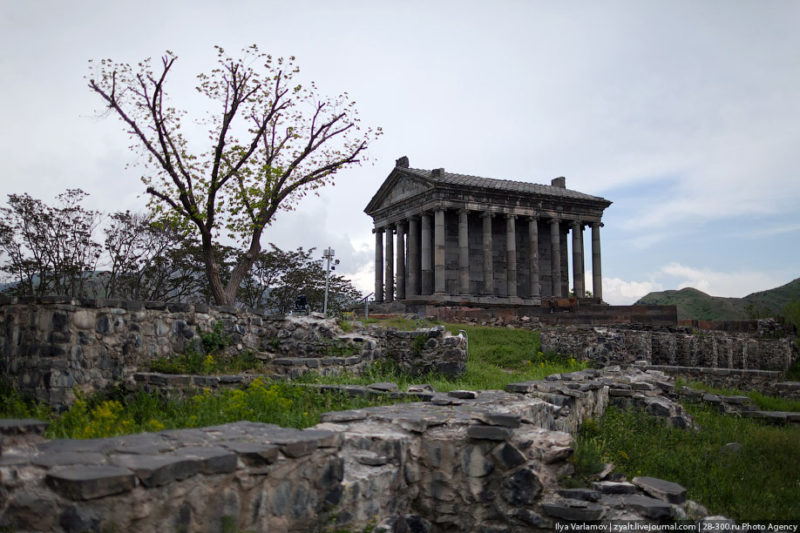 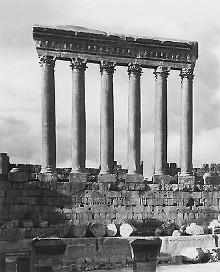 An example of such facilities in the world

Who is the representative of the lunar civilization, receive this honor, we will not know until the surface is available for direct research, as do archaeologists on Earth.

But we can assume that the statue was dedicated to the great achievements of a great nation. Why is this magnificent structure, was destroyed to the ground, destroyed with great anger, with a clear desire – to destroy all traces of the once great structures … This is the impression, formed after exploring the area “Temple of Hades,” as I call it conditionally.

Considering made available from my photos, keep in mind that the object on the surface of a very large, from the satellite survey, conducted from a high altitude – 1480 meters. 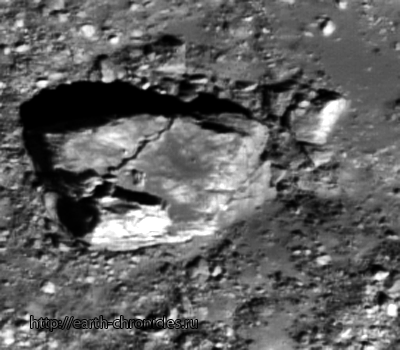 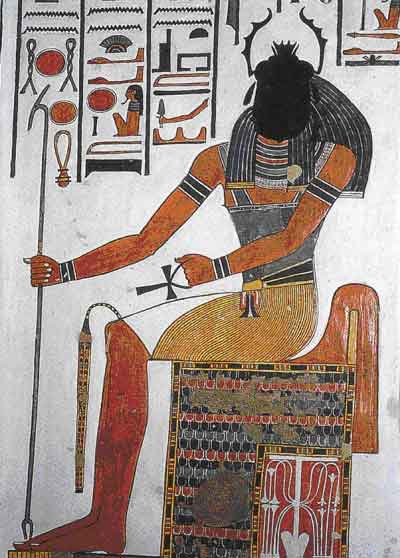 Here is a similar pose, but of course, this is only a hypothesis, it is very difficult to judge and posture which was captured figure, from the remains of only a portion of the torso and parts bending arms at the elbow. A little further from the torso debris is part of a stone hand carved with the emblem on the sleeve in the form of abbreviated letters. 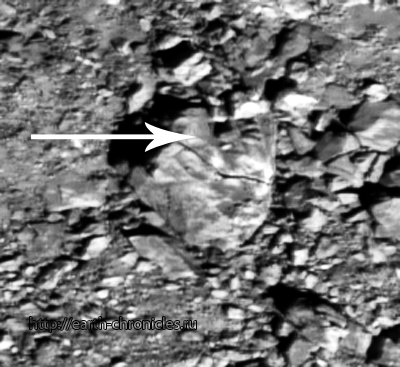 Sorry remained only part of the inscription – “MV”, from which survived the letter V, and the letter from the M, remained half visible beneath the letter T.

Throughout the film the ruins of the temple, I was struck by one thing, the care with which this structure was destroyed. So destroying monuments that are very hate and want to erase even a sign of their existence. But still, something was left. 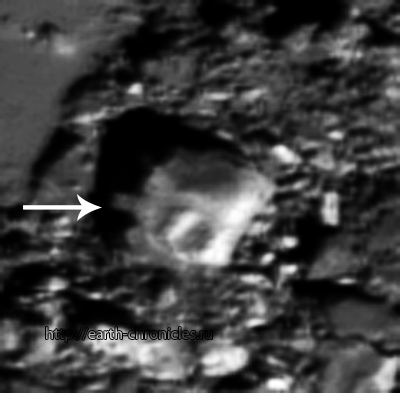 In general, the study of the ruins on the moon, can be traced regularity consists in the fact that the column, mostly 6-carbon and four sided boxes can often be found carved on them, signs – hex. 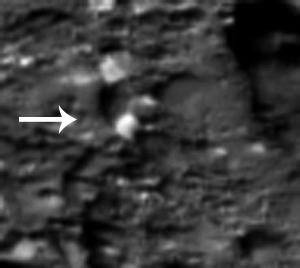 Here is one hexagonal unit, the floor strewn in the ground. 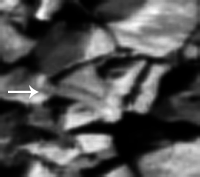 As part of the building survived the decor in the form of a triangle carved in stone. On one of the debris is clearly seen in the carved stone figure – 4. 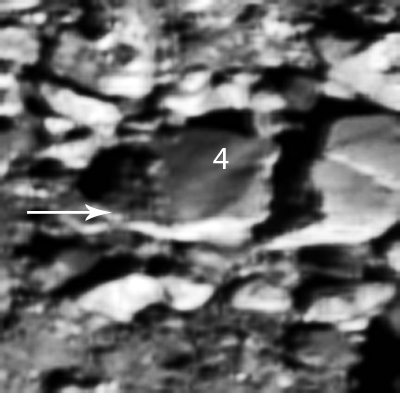 In the ruins of the temple, my articles have been found which are likely to have a technical purpose, as some devices or parts of the machinery. 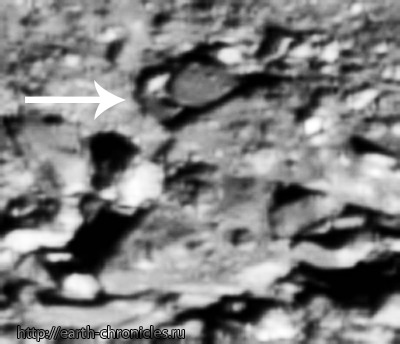 It looks like a huge padlock with a shackle. 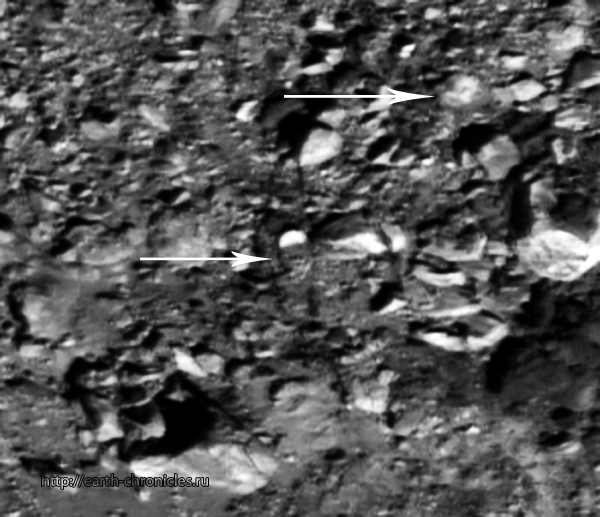 On this site I found 2 interesting subject, a device which is in the form can be compared to terrestrial audio player, it is a circular shape, has a cover, it is open, under the cover visible panel with 3 buttons in the same row and the 1st button under them. Slightly above, on a fragment of the subject is similar in appearance to the helmet with the tabs on the sides and the edge of the bottom edge, in principle, identical to modern helmets pilots. Photo of the “King of the crater”, done on April 5, 2011, and laid out in free access May 4 2011gi. It depicts the surface of the crater at the Royal with a common scale – 100km across. 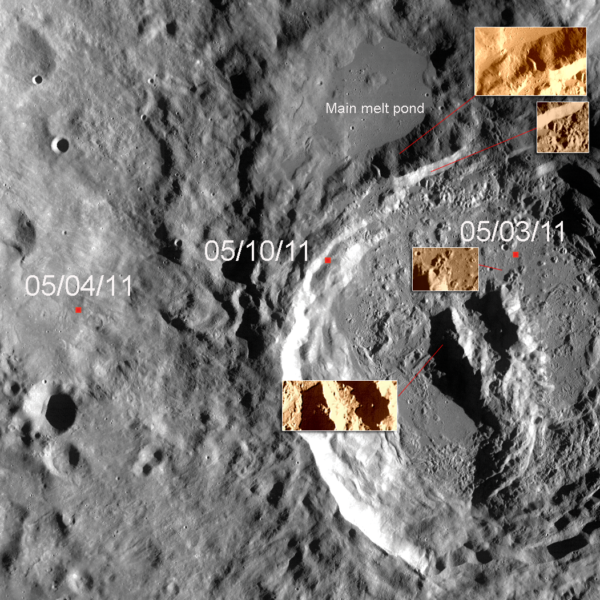 Her study with an increase, led to astonishing discoveries, is particularly impressive – a pipe coming out of the ideal cut-off plateau, located near the crater Royal, near the tube, there is something resembling a control panel next to the shadow projection, hiding some mechanism . 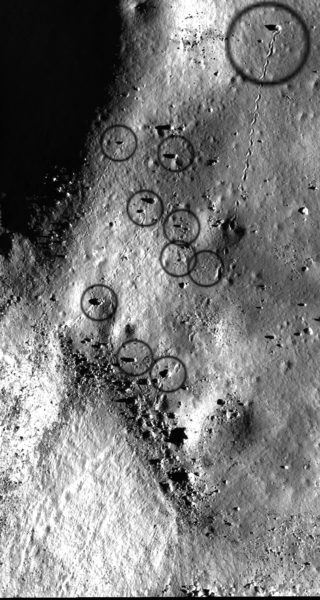 When viewing such sites moon, created the firm conviction that the balances of life once existed on the surface of the moon civilization. Luna – a huge spaceship, protected from the effects of negative space factors – external protective shell, but any ship requires maintenance and repair and that the traces of repair work we find on the lunar surface, all the zhizennye important “filling” under the lunar surface and is indirectly confirmed by scientists – the moon is hollow inside. In the photo below, I made a selection of objects that have explicit or indirect signs of man-made creation, in particular I was struck by an object, which I signed, how – number-1. 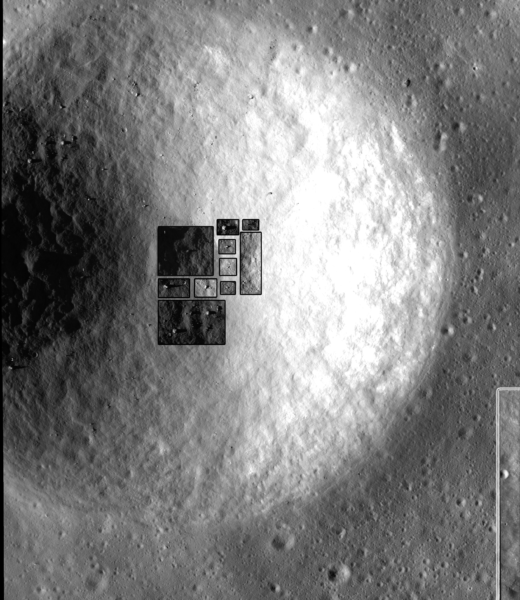 It seemed to me that the “crater” is mine, clearly shows that being excavated, scattered, some mechanisms of the ships and other similar objects, even small aircraft half sticking out of the ground. Looking at the picture do not forget that large objects, just shooting is done from a great height, and they just seem small. Now it becomes clear why the powers have the ability to thoroughly examine the lunar surface, do not do it (or do in secret from the public), it is much easier to declare Earth satellite “dead planet no interest” rather than disclose the truth. My personal conviction based on the study of images of the lunar surface is such – Moon a couple of thousand years ago, it was inhabited and its inhabitants did not hide their presence there, and even advertise, building on poverzhnosti and visible from Earth – the pyramids, temples and statues. Same as they were built, and in the world around the globe – the pyramids, huge temples, statues, the city and the people worshiped this great race, calling them – the gods. But something happened, perhaps in our solar system, or just come for the enemy invaders destroyed lunar civilization. Razed to the ground all the external structures on the surface of the Moon that would be nothing to remind people living in the world that was once the moon was Olympus where the gods lived. In fact, these hostile invaders, freed from the yoke of human civilization or patronage Lunar civilization, but it has not disappeared entirely. Lunar residents, went deep into their planet, in the bowels of the moon, hiding under the protection of its armored shell, and they live there still live, but do not interfere openly in the Earth’s civilization, directing their course and development – secretly or perhaps in collusion with the earthly rulers.