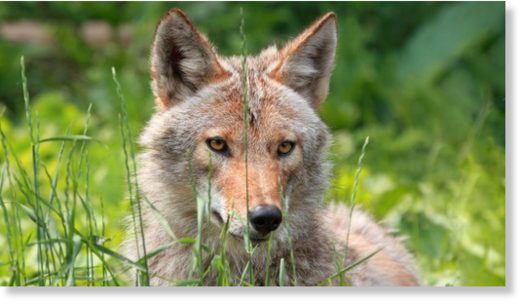 The Marine Corps Base at Cape Lejeune on the North Carolina coast issued a warning after several people reported a coyote attack on a military facility.

Officials said in a Facebook post that there have recently been at least four attacks on the east side of the base, near Wallace Creek.

The last attack took place at 4 am on September 23rd. All victims reported that during the attack they were near the command offices of the II Naval Expeditionary Force Information Group.

“Until further notice, please do not run into this area after dark until the animals have been destroyed,” the base said, adding that people at the base “should report any encounters with coyotes.”

The Facebook post generated hundreds of responses in minutes, including some people reporting that they were being watched by large coyotes in the 156,000-acre base. The site includes pine forests, wetlands and a coastline.

Coyotes are an invasive species in North Carolina, and the state is estimated to have over 50,000 inhabitants in all 100 counties.

They are known to prey on cats and small dogs and view larger dogs as a threat of attack, state wildlife experts say. Attacks on humans, including children, “are extremely rare, according to the State Wildlife Resources Commission.

However, over the past two years, North Carolina has reported numerous attacks on adults and children, including two in 2018 in which coyotes attacked a parent with a child.

Coyotes were also suspected in 2019 of the death of teacher Brend Hamilton, who was attacked in the small town of Beaufort County, Pantego. Authorities have yet to determine what kind of beast killed her, but said the DNA was from a dog.

“Normal behavior of a coyote should be curious but alert when around people,” says the North Carolina Wildlife Commission. “Like other wild animals, they will become brave if people feed them intentionally or unintentionally, such as scraps or pet food.”