Mysterious circles appeared in the sky over Novorossiysk 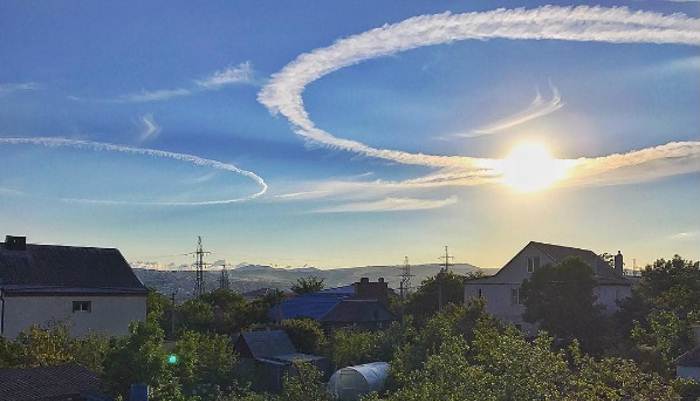 On Saturday, social networks have seen dozens of photos with white circles in the sky over Novorossiysk. Users shared different versions of the appearance of unusual circles. Some suggested that these were UFO traces. 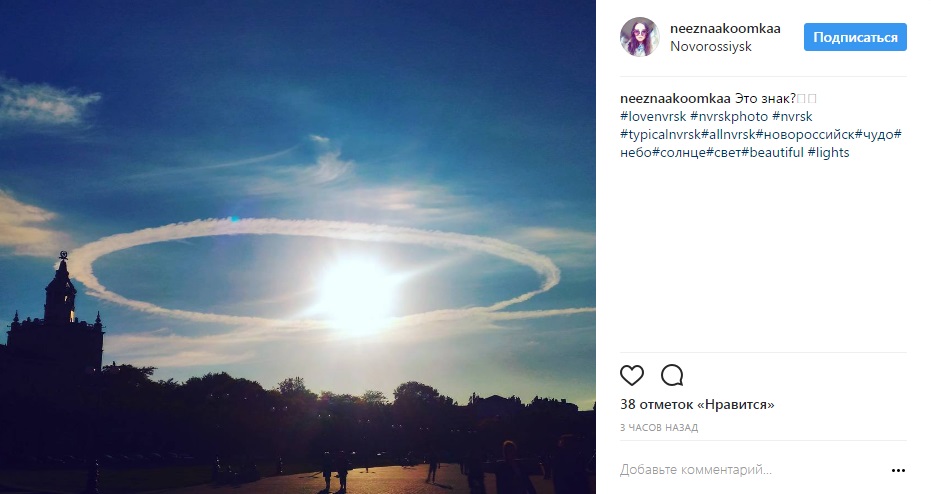 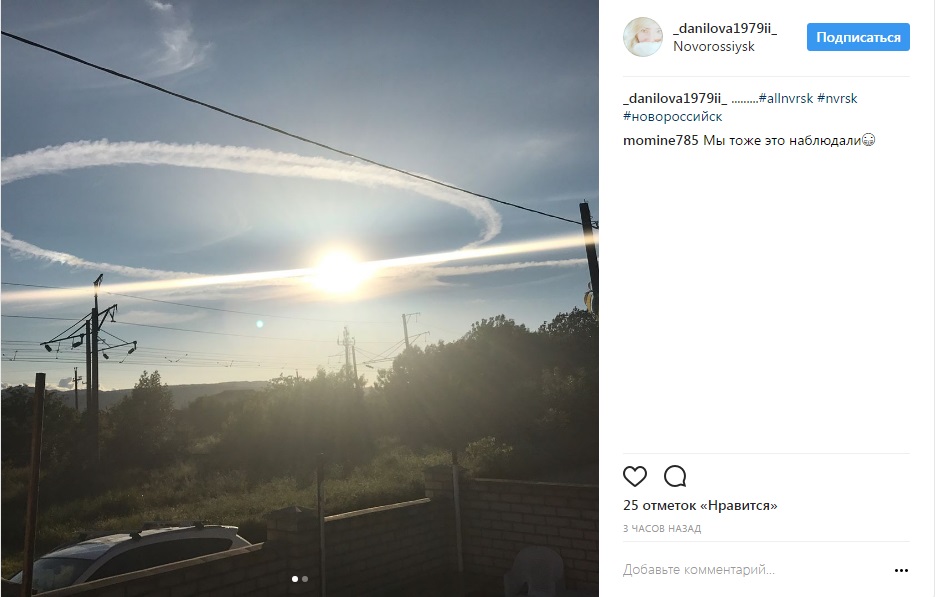 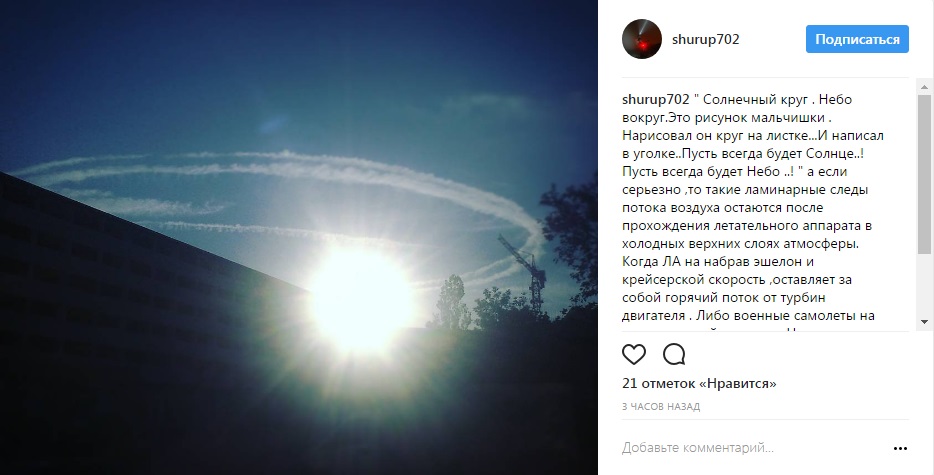 There were also those who reported that circles in the sky “painted” planes.
“We saw the plane flying in a circle, maybe some exercises,” – inform the citizens.