Mysterious congestion of cannibal sharks recorded at beaches in the USA 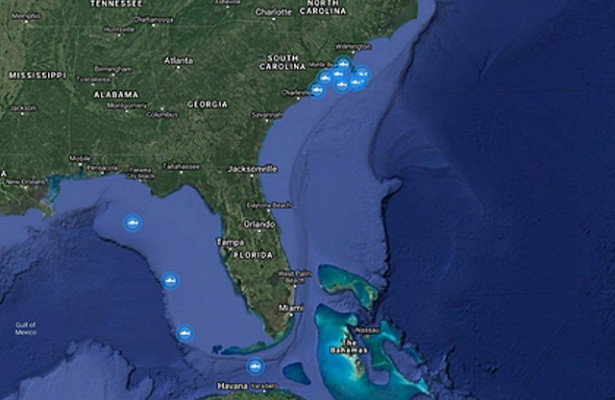 Researchers have recorded near the public beaches of the states of North and South Carolina, USA, a mysterious accumulation of cannibal sharks, also known as large white sharks.

Among the sharks that sailed in late January, individuals from 2.4 to 4 meters long and weighing up to half a ton were spotted. According to shark movement maps, a large cluster of these predators are currently seen near Florida and the Gulf of Mexico. Scientists admit that they are worried about a similar anomaly.

Researchers suggest that large white sharks could be attracted to comfortable living conditions in those areas, including the availability of food and a comfortable water temperature. Representatives of the non-profit organization Ocearch, which is engaged in the study of the ocean and its inhabitants, asked this question on Facebook.

“What do you think caused the accumulation of white sharks in these areas?” They wrote, attaching a map to the post with the location of the sharks.

Since 2012, Ocearch employees have been catching white sharks, installing tracking sensors on them and releasing them to freedom. In this way, experts study their behavior and learn about movements.

Last December it became known that in the coastal waters of the Canadian island of West Ironbound, Nova Scotia, researchers from Ocearch caught a large white shark 3.7 meters long. The team decided to name the male in honor of the island near which he was caught – Ironbound.

The great white shark, or ogre, is one of the largest predatory fish in the world. On average, representatives of this species grow up to 4.6-4.8 meters in length. They are considered the most dangerous species of sharks for humans.