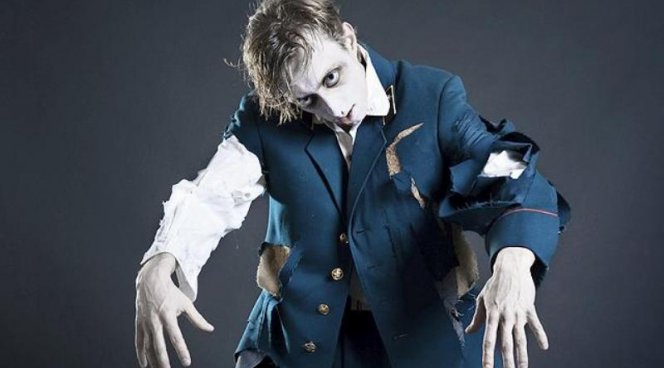 A blow to the head can cause a transformation into a Ghost, how say the experts. Talking about rare injury called Cotard’s syndrome, in which people sometimes think is already dead.

After a terrible accident on a motorcycle, 35-year-old English mechanic from Essex Warren MacKinley was sure I died, but for some reason had not gone to heaven as the hero of Patrick Swayze in the movie Ghost. Warren decided that stayed on the Ground and turned into a zombie. The man refused to eat because it didn’t make any sense, he sat for hours on end in one room, with no one wanting to talk.

Doctors recorded after the accident at Warren fractures of the back and pelvis, but he also got brain damage when hitting his head on the tree. Only after 18 months of living in the image of a living corpse Warren realized that is not crazy. In reality he was the victim of hallucinations caused by Cotard’s syndrome. Very often its victims truly believe in your own death, although basic logic would be to show them that it is not.

This syndrome, which is a nihilistically-hypochondriac depressive delusion, combined with the ideas of vastness, has different manifestations. Someone begins to believe that his family had replaced the twins. Another victim of Cotard’s syndrome says that all he met people in reality are one and the same person. All is not symptoms of mental illness, and trauma. As belief in his own death, and in the absence of body parts that in reality are present.

Epileptic seizures can provoke sexual dysfunction. In 2006, the 37-year-old woman from Germany told the doctors that saw his muscular body and hairy during attacks. Scans showed the presence of a benign tumor near the right amygdalae regulating our feelings and self-perception. Antiepileptic drugs help to get rid of the hallucinations. In different cases, the treatment of Cotard’s syndrome requires an individual approach.