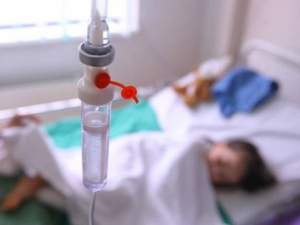 On the first floor of the school establishment, for some unknown reason, several students suddenly felt unwell.

The parents of the injured pupils of the school in the Lipetsk region shared the details of what happened. In the school establishment several students became ill at once in the premise of the first floor between the offices of biology and labor. Several children were hospitalized.

It is reported that after checking the school with all possible services, children again started attending classes. Nevertheless, the cause of the mysterious incident that led to the hospitalization of children, was not finally established. This causes many parents to fear for the life and health of their children.

“It seems to be better, but we were yesterday, still having headaches and nausea,” said the father of one of the injured children.

According to the parents, after the incident, the school visited the inspectors of Rospotrebnadzor. They checked the room with strange instruments that they held on their outstretched hands. Also a representative of the Investigative Committee in plain clothes visited the director.

According to the official version, in a room where children became ill, the microwave radiation was several times exceeded. However, its source has not been established.

Parents are concerned about whether children should go to school after such an incident, the cause of which has not yet been found.