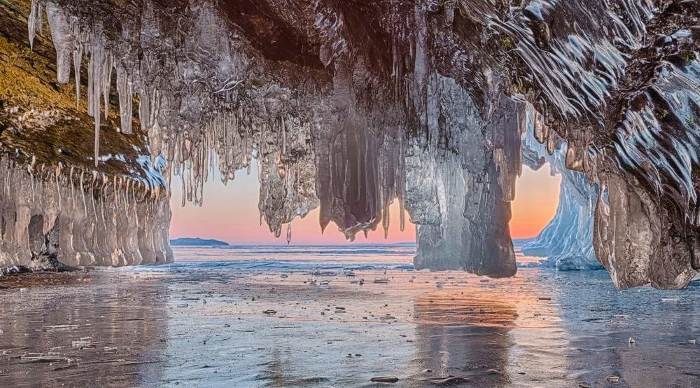 For the most part, we know about this lake as the deepest place in which 19% of fresh water is stored. The lake keeps many secrets: strange circles on the water, a sharp change of weather in this place and people-giants under the water.

In March, Bayandai residents once again saw the landing of a UFO. They observed strange phenomena in the region of the “Baikal triangle”: glowing balls, sparkling concentric circles. At the same time, many eyewitnesses claimed that everything they saw was accompanied by a “loss of time”.

Local shamans who live on the island of Olkhon explain the visions of people by the fact that the power and strength of nature that is concentrated in this place sometimes leads to a little insanity. However, at the same time natives of the Baikal Islands do not risk asserting that this lake has no higher power. That is why fishermen, going out for fishing, must perform a ritual and sacrifice the spirit of the lake Burkhana for a successful fishing, or they may not return.

Perhaps these are all fairy tales, but as a fact there are evidences that ships and people disappear on Lake Baikal every year.