Mysterious phenomenon in the skies of Luxembourg

31 Jul 17:30 at the town Hall in the South-West of Luxembourg, the witness noticed an unusual celestial phenomenon and managed to make his picture. A mysterious phenomenon was observed within a few seconds. 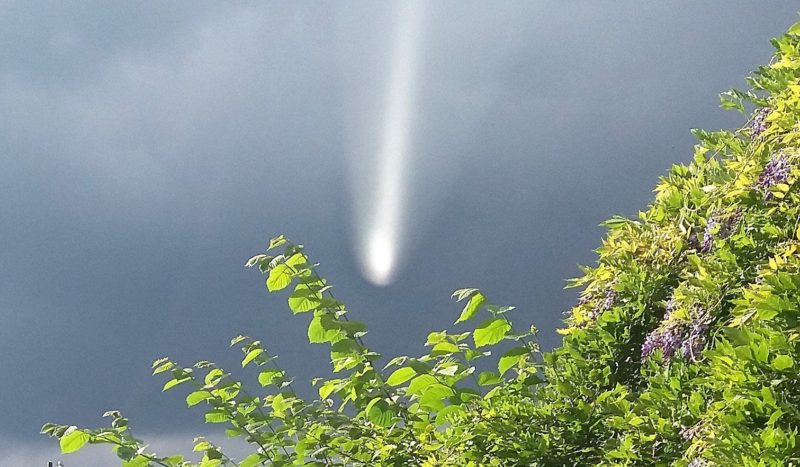 Photo was posted at the meteorological site that offered professionals and ordinary citizens to try to give the explanation for the strange phenomenon, but neither ordinary citizens nor scientists and various specialists were unable to explain this phenomenon, which has remained a mystery.

Version meteorite, comet, or the sun’s light was rejected, even the version that is the ISS flew over Luxembourg was not confirmed, as at the specified time, it over the country could not be refuted in the same way and the assumption about the failure of the camera experts have studied the photo, and anything similar was not found.